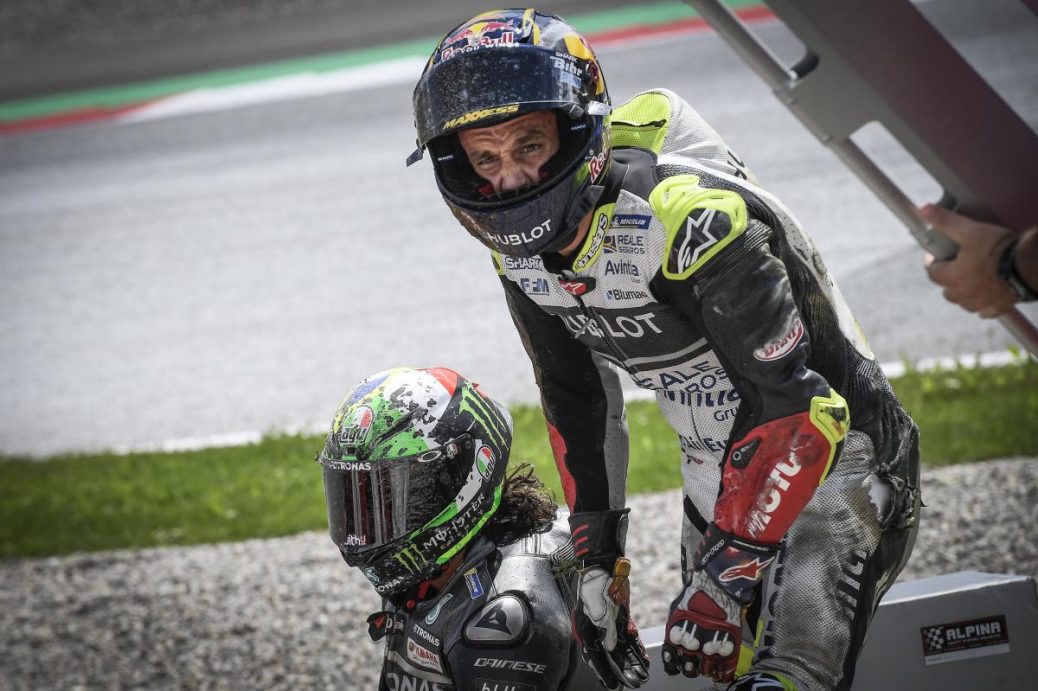 Esponarama Racing have defended their rider, Johann Zarco, following Sunday’s horrific crash at the Red Bull Ring, stating that the two-time Moto2™ World Champion actually braked later on the lap of the crash than on any other lap during the Austrian Grand Prix prior to the red flags being brought out. “Despite this, after the dispute of the Austrian Grand Prix, telemetry has shown that, at the time of the accident, Zarco brakes later in Turn 3 than in the rest of the laps of the race, so from this analysis it follows that at no time is his intention to impair Morbidelli’s braking and close his line.”. View some of the unbelievable photos from the terrifying crash that happened Sunday at the Red Bull Ring.