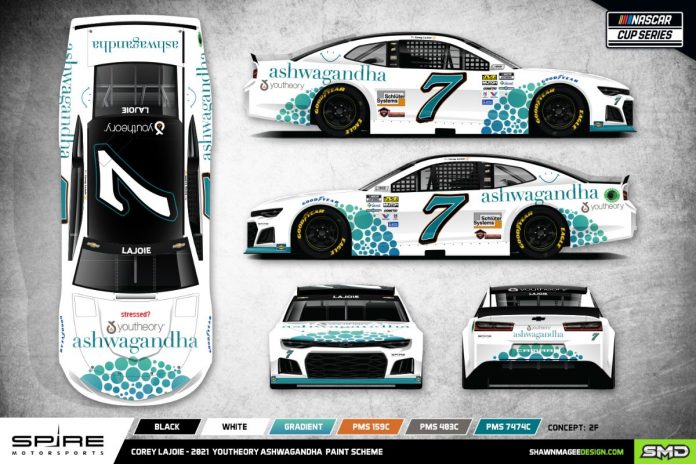 CONCORD, N.C. – Spire Motorsports announced Monday morning that Youtheory will be the primary sponsor aboard the No. “Corey LaJoie shares the same values as Youtheory and we’re proud to support him once again as he competes at the highest level of the sport,” said Darren Rude, CEO of Youtheory. LaJoie finished eighth in last year’s Daytona 500 and earned a career-best sixth-place finish at Daytona Int’l Speedway in the 2019 Coke Zero Sugar 400. I’m eternally grateful to Darren and Patty Rude for their continued support of my career. LaJoie will be flanked by teammate and 2010 Daytona 500 winner Jamie McMurray in the No. We can’t wait to get to Daytona and see the Youtheory Ashwagandha Chevy in the Great American Race.”.