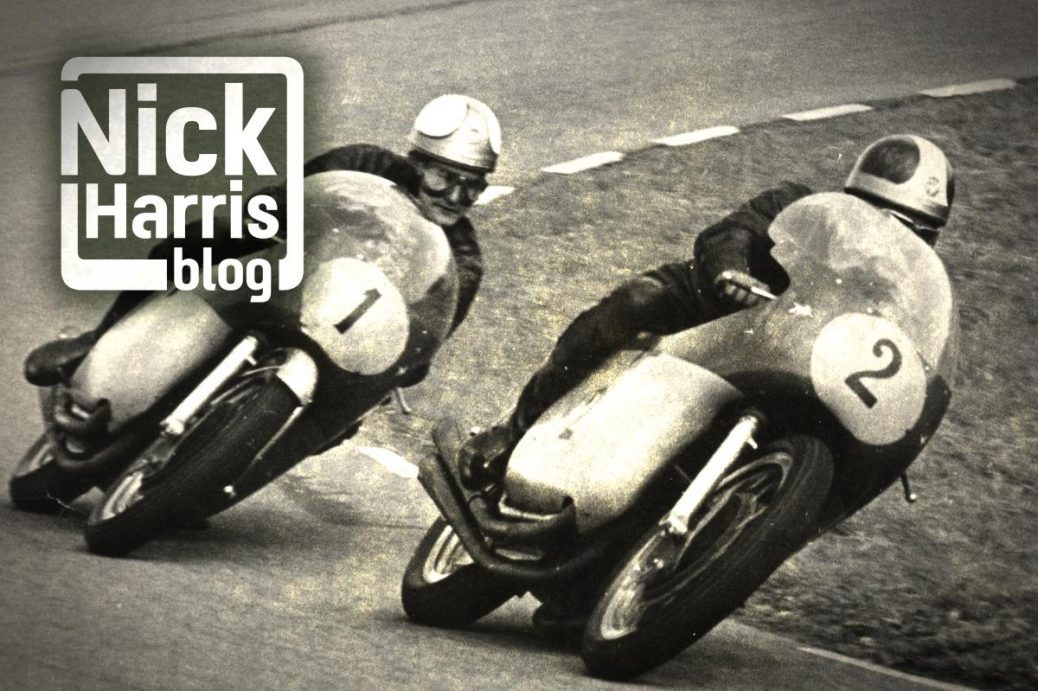 Yesterday all my troubles seemed far away watching Ago

Last week, two icons who played such a massive influence in my growing up celebrated their 80th birthdays. I never saw McCartney, or The Beatles live but I certainly saw Ago. Ago and I made our debuts at the TT races in the Isle of Man in 1965. Agostini had made his TT debut earlier in the week by finishing third in the 350cc race. The icing on the cake was watching Ago win the 350cc race on the MV although Phil Read’s victory in the 500cc race ran it close. When sleet fell on the morning of the race Ago refused to ride on safety grounds. Pathetic Ago, accuses Read, steamed out of the front-page headlines on Wednesday morning.