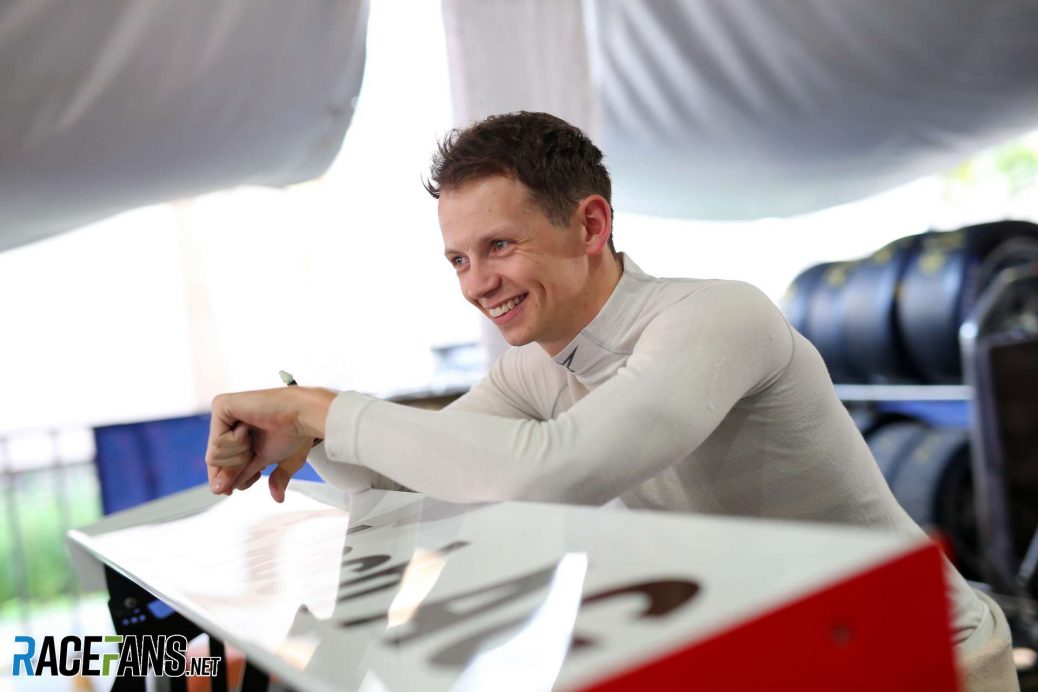 Racing Point simulator driver Nick Yelloly will drive for the team in the post-Spanish Grand Prix test at the Circuit de Catalunya.
Yelloly, who joined the team in 2014 when it was known as Force India, previously drove one of their cars in 2015.
Nick Yelloly: “As I do so much work in the simulator at Racing Point it’s always a huge benefit to drive and feel the car in real life, so Tuesday cannot come soon enough.”
Racing Point will also run a second car at the test to conduct Pirelli tyre testing for the 2020 F1 season.