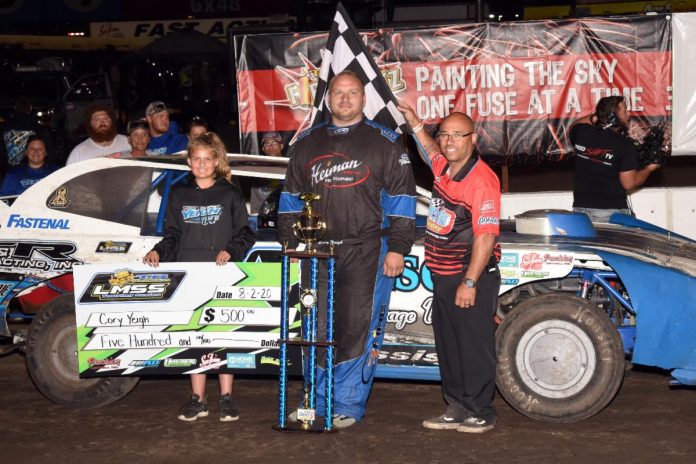 – Cory Yeigh was victorious on Sunday at Huset’s Speedway, coming out on top of a side-by-side duel with Zach Olivier during the Late Model Street Stock Touring Series main event. Yeigh hustled from seventh and edged sixth-starting Zach Olivier to garner the Late Model Street Stock Touring Series triumph. The duo spent most of the race battling side by side with Yeigh committed to the top groove. Olivier narrowly took the lead on multiple occasions, but the outside lane prevailed on the final lap. “I lost back brakes on that tangle up so I had to run the top,” Yeigh said.