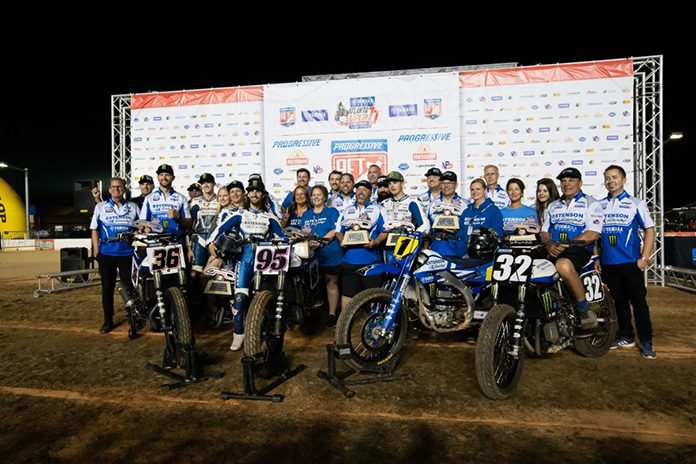 HAMPTON, Ga. – The Yamaha Atlanta Super TT could not have been scripted more perfectly for title sponsor Yamaha at its home race in what proved to be a historic evening of Progressive American Flat Track racing at Atlanta Motor Speedway. “The Single is our main priority; that’s our championship goal, but tonight I wanted to get the win on the Production Twin,” Daniels said. Daniels took the holeshot in the restart but with Cardús right on his tail. Daniels slowly opened a small advantage, eventually forcing Cardús into a mistake, which put Rush on his case. That development proved pivotal, allowing Daniels to suffer no real consequences when he later made a significant mistake of his own, and giving Yamaha the added joy of a 1-2 finish after Rush made his way through into second. Despite coming up short in his bid for the win, Cardús did earn the first Progressive AFT podium in third.