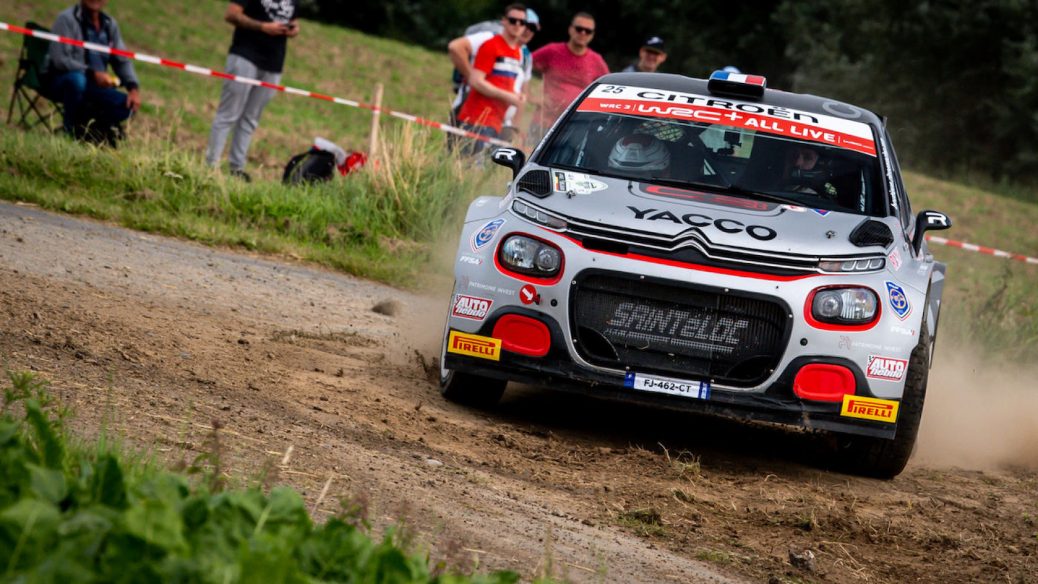 Yohan Rossel made the perfect start to his Renties Ypres Rally Belgium debut by opening up a healthy lead in WRC3 on Friday. Driving a Citroën C3 Rally2, Rossel held his own against strong opposition which included two previous Ypres winners and a gaggle of rapid local drivers. He set a strong pace from the very first stage and initially battled with fellow C3 driver Davy Vanneste. Rossel seized the opportunity to pull clear when Vanneste crashed out in SS3. He went on to claim four stage wins before ending the day with a 23.6sec advantage over Škoda Fabia Rally2 youngster Sébastien Bedoret. He was unable to continue after crashing his Ford Fiesta Rally2 on the third stage.