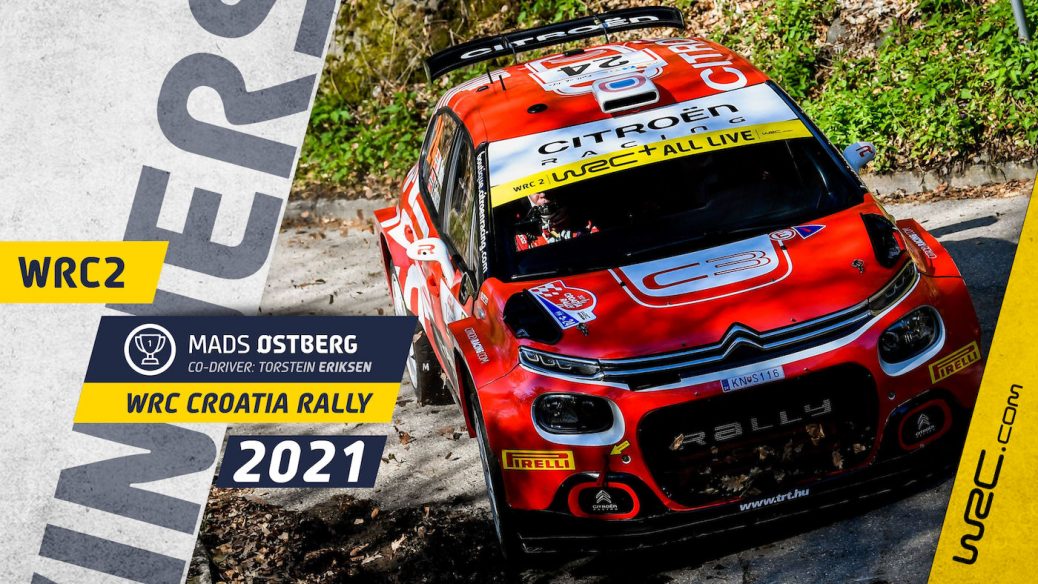 Mads Østberg got his WRC2 world title defence off to the best possible start by winning the category on Sunday at the Croatia Rally. Østberg, driving a Citroën C3 Rally2, opened up a slender early advantage over Nikolay Gryazin on the opening day. Gryazin’s weekend went from bad to worse when he rolled during the second stage of Sunday morning and his car was left blocking the road. So many times I couldn’t stop the car and I had to be really careful. M-Sport Ford Fiesta Rally2 star Teemu Suninen was 39sec behind in second after a dramatic rally. Skoda Fabia Rally2 star Marco Bulacia was 1min 34.2sec behind Suninen in third after a well-measured drive, followed by Enrico Brazzoli who was 27min 7.6sec further back in his similar car.