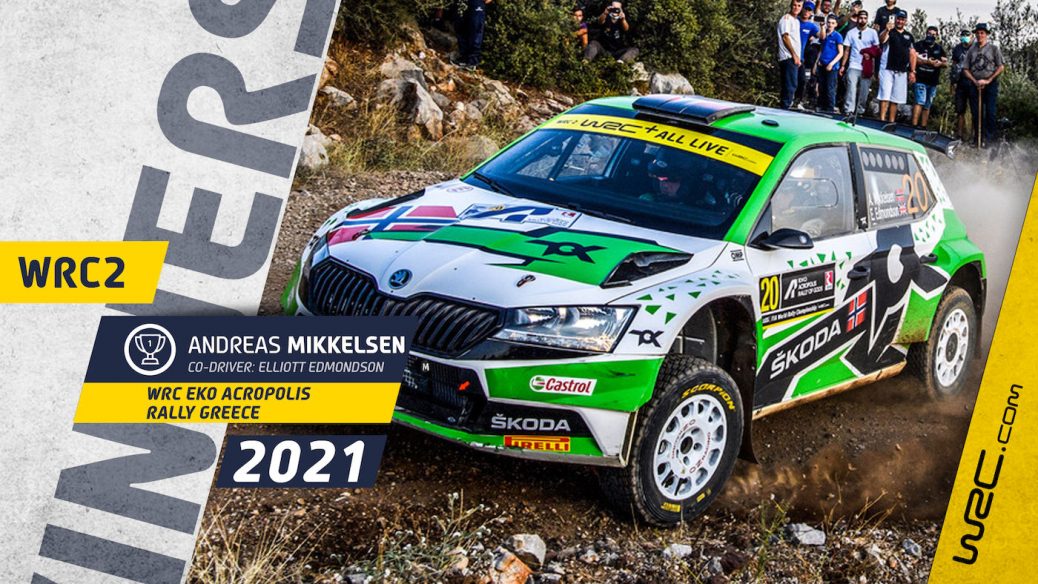 A flawless drive on the final day enabled Norwegian star Andreas Mikkelsen to seal victory in WRC2 at EKO Acropolis Rally Greece. Mikkelsen spent most of the event locked into a dicing duel with fellow Toksport Škoda Fabia Rally2 driver Marco Bulacia. Bulacia was 5.4sec up after Friday’s opening leg, but relinquished the lead on Saturday morning. A fastest time in Tarzan was followed by another in Pyrgos and Mikkelsen topped off the weekend with a clean Wolf Power Stage run to end 16.7sec clear. Bulacia was also delighted with his performance and, despite missing out on maximum points, moved to second in the standings.