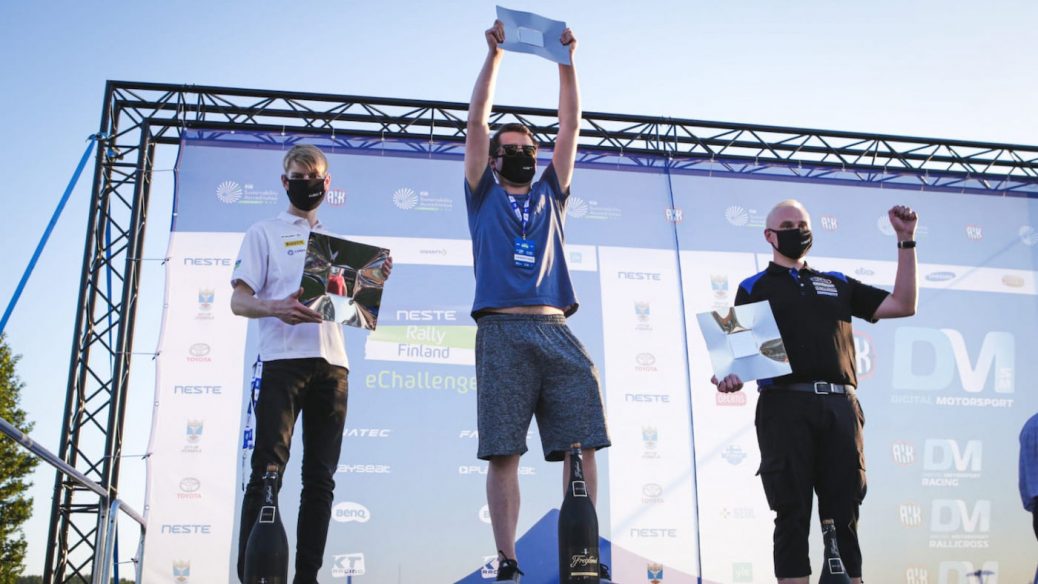 Mika “Mihalo” Laitenen will be competing in the 2020 eSports WRC Grand Final, earning a wildcard following tense scenes at the Neste Rally Finland eChallenge on Saturday evening. Another FIA Junior WRC driver, Lauri Joona, rounded out the podium in third spot, less than two seconds down on Laitenen. The event, which debuted the latest edition of the official WRC Game, WRC 9, attracted a mix of leading WRC drivers, drivers from the WRC support series’ and the WRC gaming community. For Mihalo, qualification to the grand final marks a return to the season-ending eSports WRC Championship. The two final places to the 10-driver finale will be confirmed by Sunday evening (9 August) at the completion of the last round of the eSports WRC Championship, running from 6-9 August.