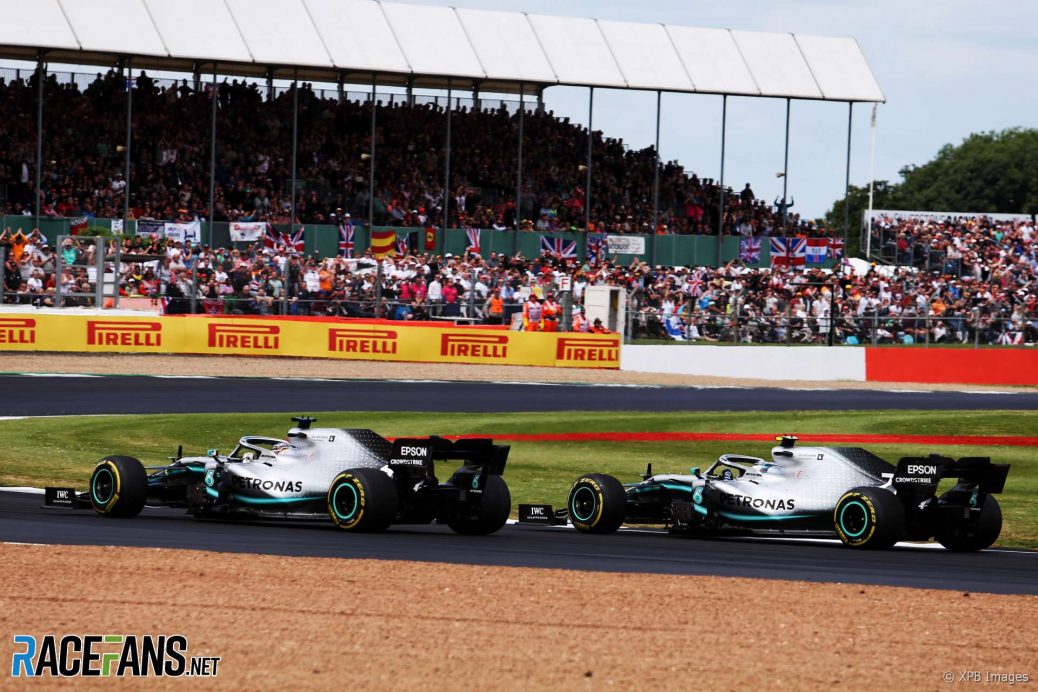 Wolff wants “hard racing”, but not between Hamilton and Bottas | 2019 British Grand Prix

Mercedes team principal Toto Wolff says he’s pleased to see more “borderline dirty” driving in F1 – as long as it’s not between his drivers Lewis Hamilton and Valtteri Bottas.
While FIA race director Michael Masi has insisted the stewards did not Silverstone stewards did not police the British Grand Prix more leniently than previous rounds, Wolff said he was pleased by the robust racing between Charles Leclerc and Max Verstappen last weekend.
Toto Wolff: “It is something we need, I think.”
Toto Wolff: “But I really I thought it was very good racing between the two of them.”