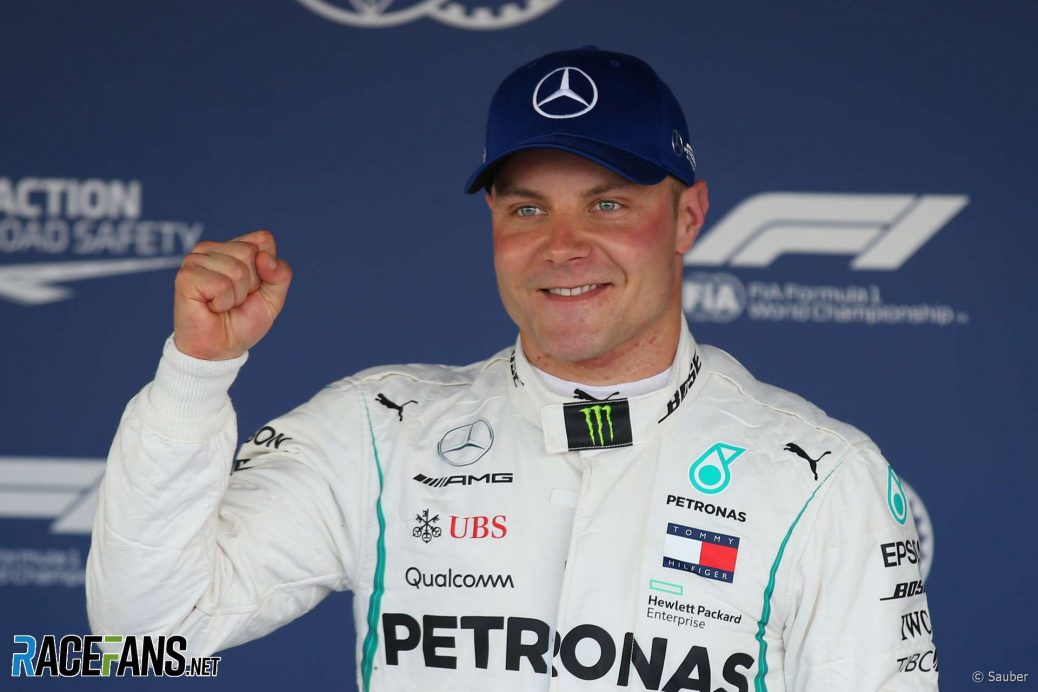 Mercedes team principal Toto Wolff says he is especially keen to see Valtteri Bottas score his first win of the season in this weekend’s season finale at Yas Marina.
Bottas had to forfeit a likely victory in the Russian Grand Prix to help Hamilton in the drivers’ championship.
If Bottas fails to win a race this weekend he will be the first driver to complete a full season in a Mercedes without taking a victory since Michael Schumacher in 2012.
Wolff believes the progress the team has made with its low-speed cornering performance will put them in good shape at Yas Marina.