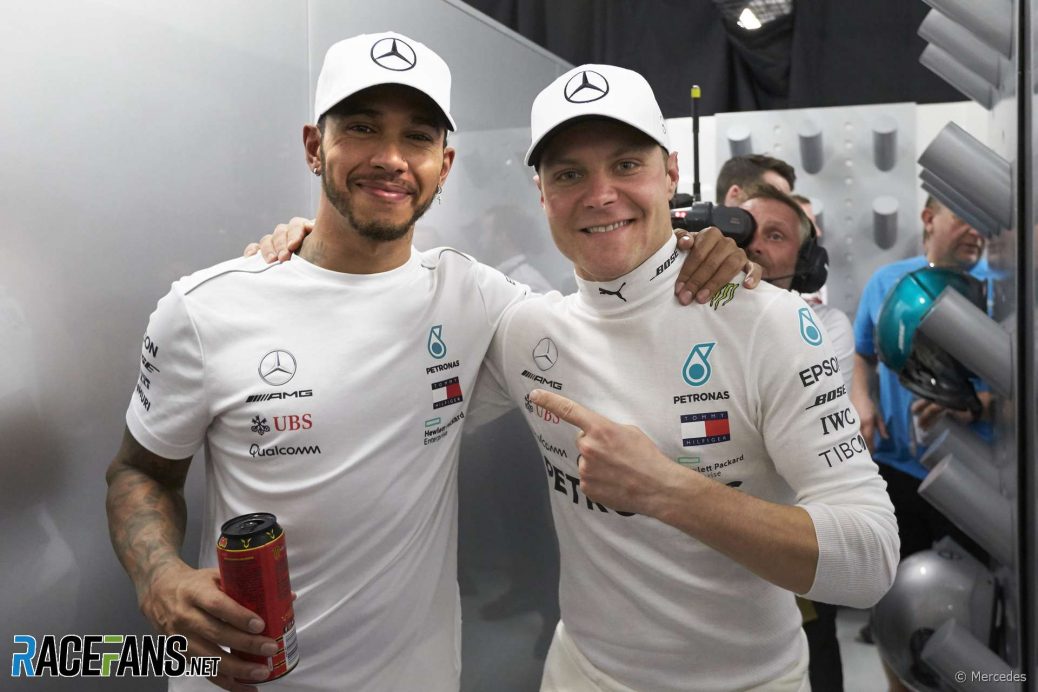 Life between Lewis Hamilton and Valtteri Bottas at Mercedes is much more harmonious than when Hamilton was partnered by Nico Rosberg, according to team principal Toto Wolff.
But he doesn’t expect Hamilton to hand Bottas a win in return for the victory his team mate gave him at Sochi earlier in the year.
Toto Wolff: “This is Alice in Wonderland now compared to what we had before.”
Bottas might have avoided having to play number to for Hamilton had it not been for his puncture in Baku, which put him out of the race and allowed Hamilton to win.