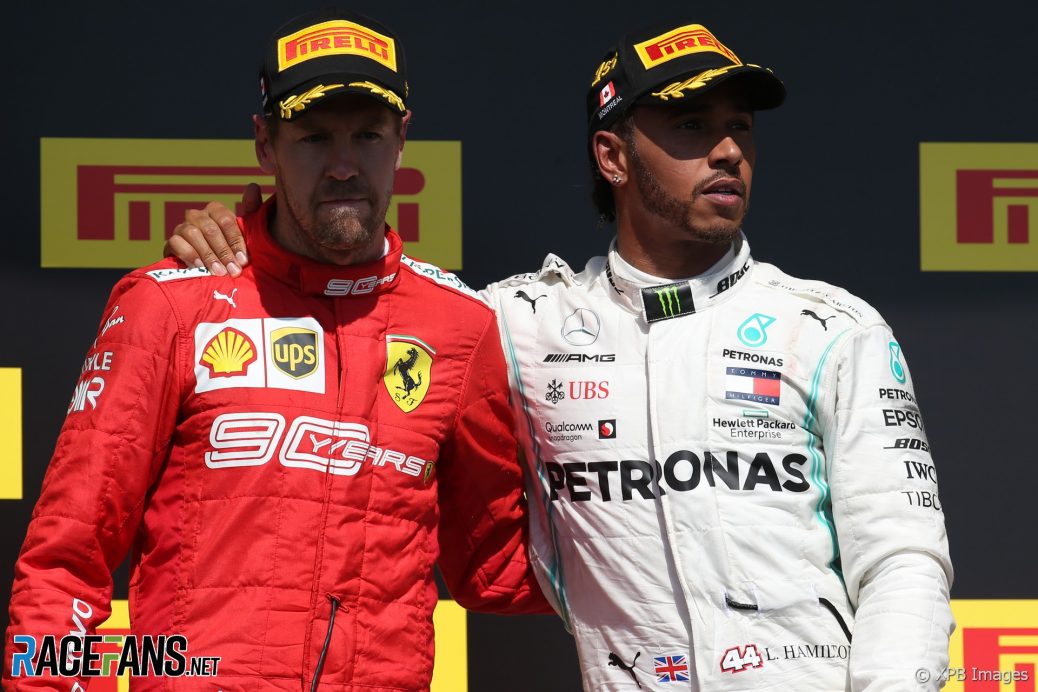 Mercedes team principal Toto Wolff says he’d have preferred to win the Canadian Grand Prix “on the track” after a penalty for Sebastian Vettel handed victory to his team.
“I think a win is a win and you need to take the points,” Toto Wolff told the BBC.
However Wolff said he believes the stewards decision is correct.
Toto Wolff: “I think the rule – and I’m just saying what the rule says – is that you need to leave a car width.”
Toto Wolff: “Sometimes it looks lenient, sometimes it looks a bit harsh but at the end whatever the stewards say you need to take what goes against you.”