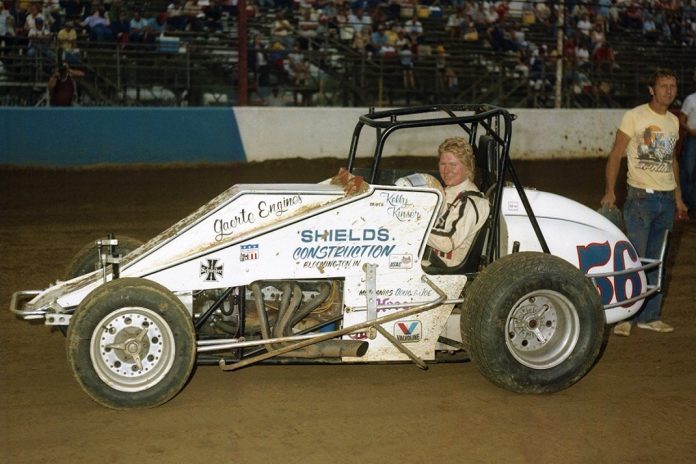 INDIANAPOLIS – Jerry Shields, who owned cars that won five USAC National Sprint Car Series races at five different tracks with four different drivers during the 1982 and 1983 seasons, passed away on Nov. 24. 56 sprint cars were adorned with throughout his sprint car career as an owner, which began in 1969. During the 1982 season, Shields earned his first two USAC National Sprint Car Series wins as a car owner with his wheelman, Chuck Amati, who likewise earned his first two with the series. That night marked the first of Kelly’s five career USAC sprint car wins. The following weekend, it was driver Larry Martin who scored his first and only career USAC sprint car triumph, and the last for Shields, at Bloomington (Ind.)