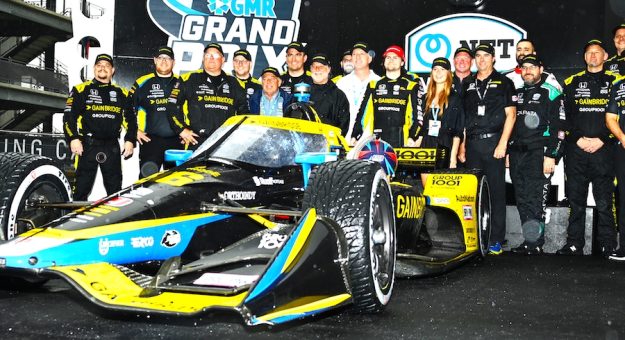 Winning At Indy Is Special For Herta

INDIANAPOLIS — Colton Herta had already won a race at the Indianapolis Motor Speedway, but that was during his stellar Indy Lights career. The late Dan Wheldon drove Herta’s car to victory in the 100th anniversary of the Indianapolis 500 in 2011. Alexander Rossi drove Herta’s entry to the victory in the 100th Indianapolis 500 in 2016. On Saturday, Bryan Herta was on the radio calling his son’s race strategy and together, they were able to celebrate the victory at Indianapolis. “Did I think we were going to win today in a straight-up normal dry race? As the track started to rapidly dry, Herta was the first to call into his pits for a switch from rain tires to the racing slicks for a dry track.