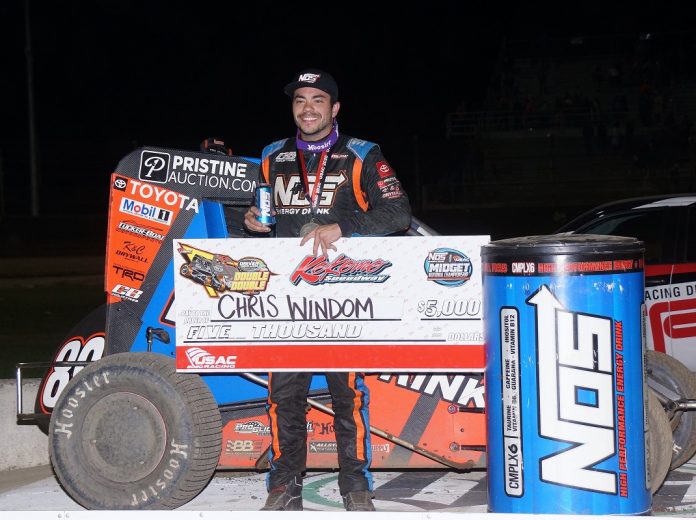 – Chris Windom had won pretty much everything Kokomo Speedway has had to offer throughout the past decade. Nonetheless, a NOS Energy Drink USAC National Midget feature win at Kokomo had eluded Windom. Windom had just run ninth in the preceding sprint car feature and was determined not to let sprint feature winner Courtney sweep the night. “The sprint car race didn’t go too well for me, so I had to get something done in that midget race,” Windom offered. That allowed Windom to sneak under and assume the lead to beat Courtney to the stripe by a single car length. “After that restart, we just weren’t as good as we were at the beginning of the race,” Courtney said.