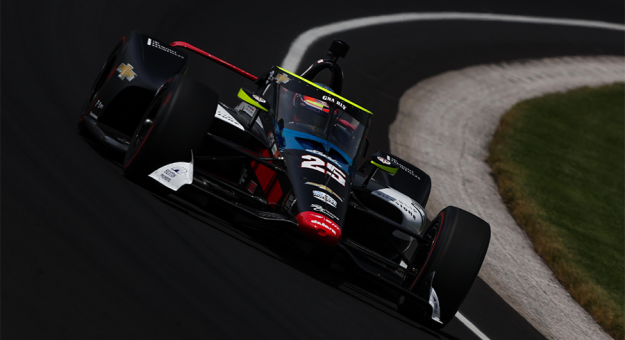 Wilson Focused On Steady Growth In Lead Up To Indy

To say that Stefan Wilson’s road to Sunday’s 106th Indianapolis 500 has been a steep, tall order, would be selling the journey short. “The steering wheel was all stickered completely opposite of what it was supposed to,” Wilson said. “Thursday, we got through even more changes, but we just never hit the right ones it felt like,” Wilson said. “I was hoping it would be a lot less stressful on Saturday, than it was,” Wilson said. We’re kind of like a fourth, so we’re like a satellite (team). “Starting back there, we need a car that can run close to others,” Wilson said. “This year, I feel like it’s bigger than any of the years that I’ve done, and I did the 100th, and that was pretty massive,” Wilson remarked.