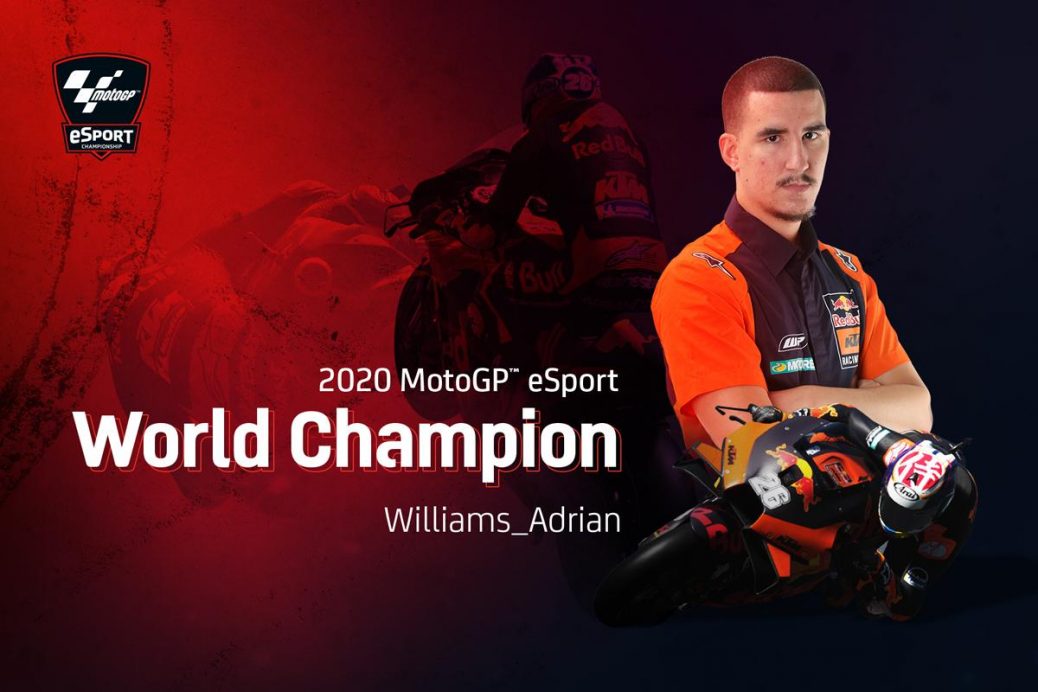 Williams_Adrian can call himself the new MotoGP™ eSport king after two measured rides saw him win a dramatic Global Series finale that was packed with emotion, controversy and went right the way to the wire!. Relive Races 7 and 8 of the 2020 eSport MotoGP™ Championship, held in Silverstone and Valencia, in their entirety. Eleven gamers from around the world earned the right to represent one of the eleven current MotoGP™ teams for the four-round Global Series, an eight-race event that has determined the wearer of the 2020 MotoGP™ eSport crown. But any hopes of sewing up the championship in race one soon came undone. But Williams_Adrian’s second place was enough to seal his maiden MotoGP™ eSport crown, with his brother finishing a close third. The fourth running of the MotoGP™ eSport Championship has been another brilliant success.