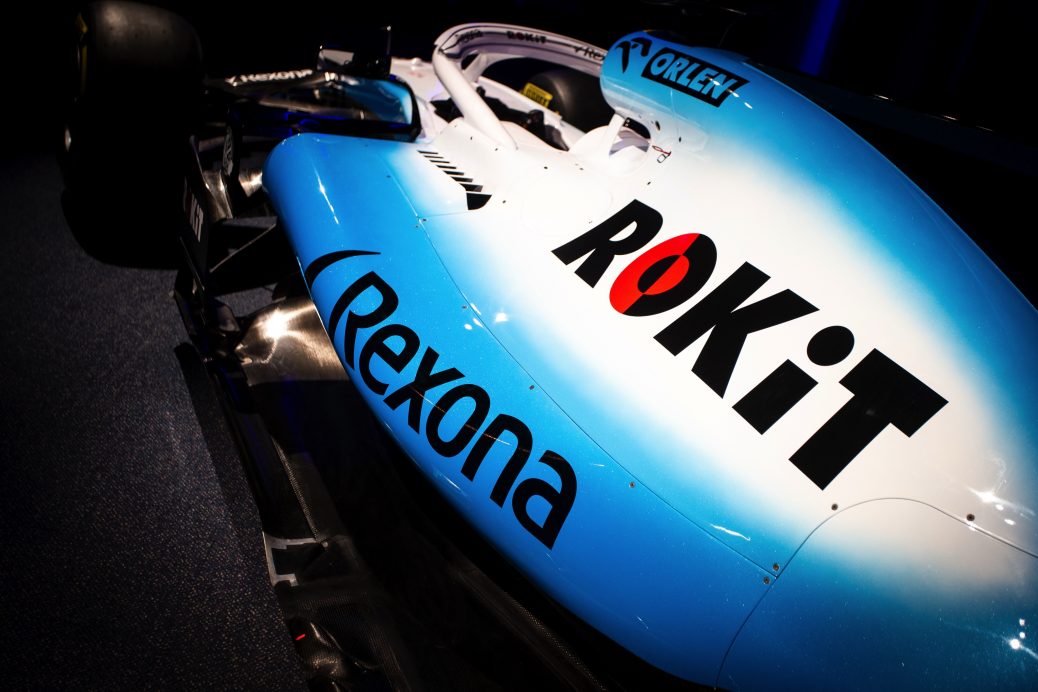 Williams has unveiled the livery for its new Formula 1 car, the FW42, ahead of the start of the 2019 season.
The FW42 car features more light blue trim around the side of the car, but retains its white base and black bottom-half of the chassis.
The livery also includes significant presence from new title sponsor Rokit, which was announced shortly before the car unveiling.
Williams enters the 2019 season off the back of its worst campaign in F1 to date, having finished last in the constructors’ championship last year.
The car will enjoy its first on-track running at the start of pre-season testing in Barcelona on February 18.