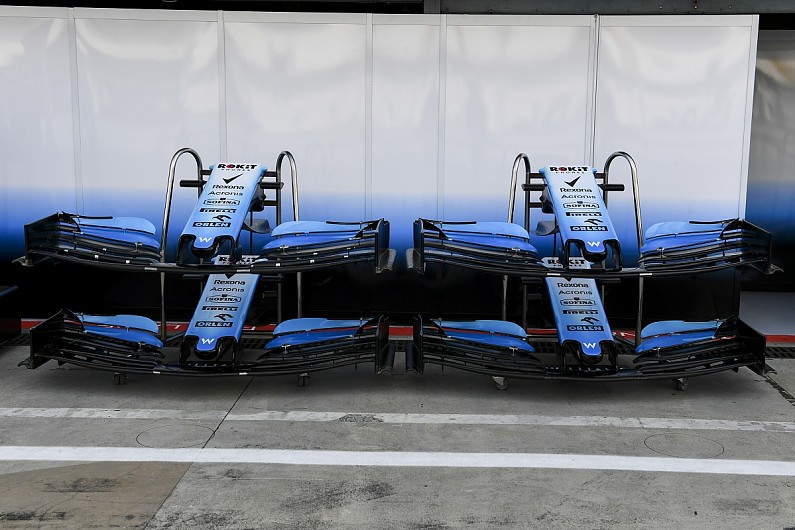 Williams’ senior race engineer Dave Robson describes the new wing as an “experiment”, and it is expected to look visually different, which suggests a change in the team’s concept.
“Hopefully there will be a test front wing [at Suzuka] that should look a little bit different,” Williams said.
Williams: “It’s hard to know [what the best concept is], that’s part of the experiment; it’s interesting even now, when you look at the pitlane as the cars come out and there’s a couple of different distinct schools of thought in the front wing design.”