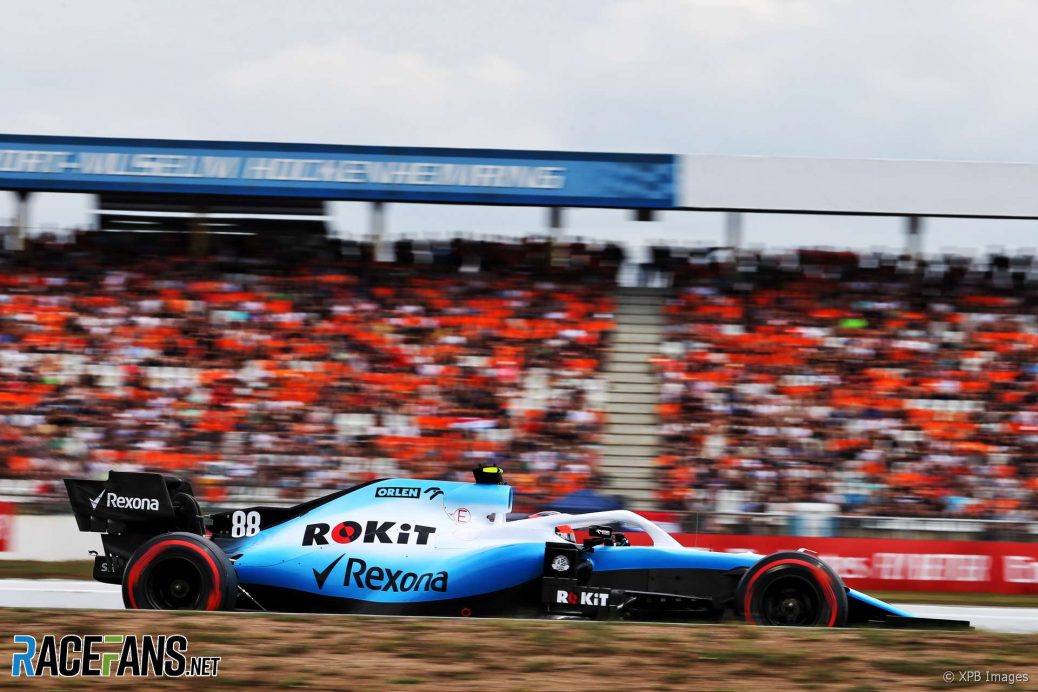 Williams hoped its upgrade package for the German Grand Prix would bring them closer to the rest of the field than it has done, says Robert Kubica.
Kubica admitted part of the gap was due to compromises the team had made after some of the new parts were damaged while running yesterday.
“All the team here on track did a good job,” Williams said, “but still I would say the outcome is what it is.
Williams: “It’s a bit, I would say, not unexpected but probably there were higher hopes of getting the car closer to the rest of the grid.”