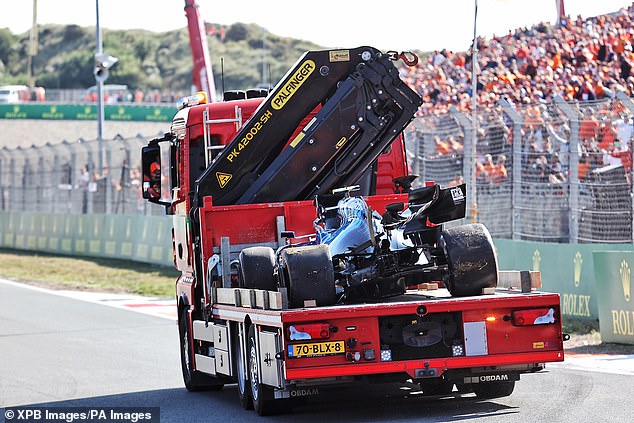 Williams driver Nicholas Latifi spins off the track and smashes into the barrier, causing a lengthy delay in qualifying at the Dutch Grand Prix… just minutes after his team-mate George Russell had his own accident!

Nicholas Latifi crashed into the barriers during qualifying for the Dutch Grand Prix. The Williams driver spun out at high speed into the Tec-Pro barrier at turn eight, which meant that he was eliminated following Q2. The incident caused a red flag stoppage and led to a significant delay. It occurred shortly after Latifi’s Williams team-mate George Russell had also crashed near the end of the session. Russell spun out into the barrier across the gravel at the final corner, and he was also eliminated after Q2. The incident involving Latifi led to a lengthy delay, with marshals having to re-adjust the TecPro barrier that he crashed into.