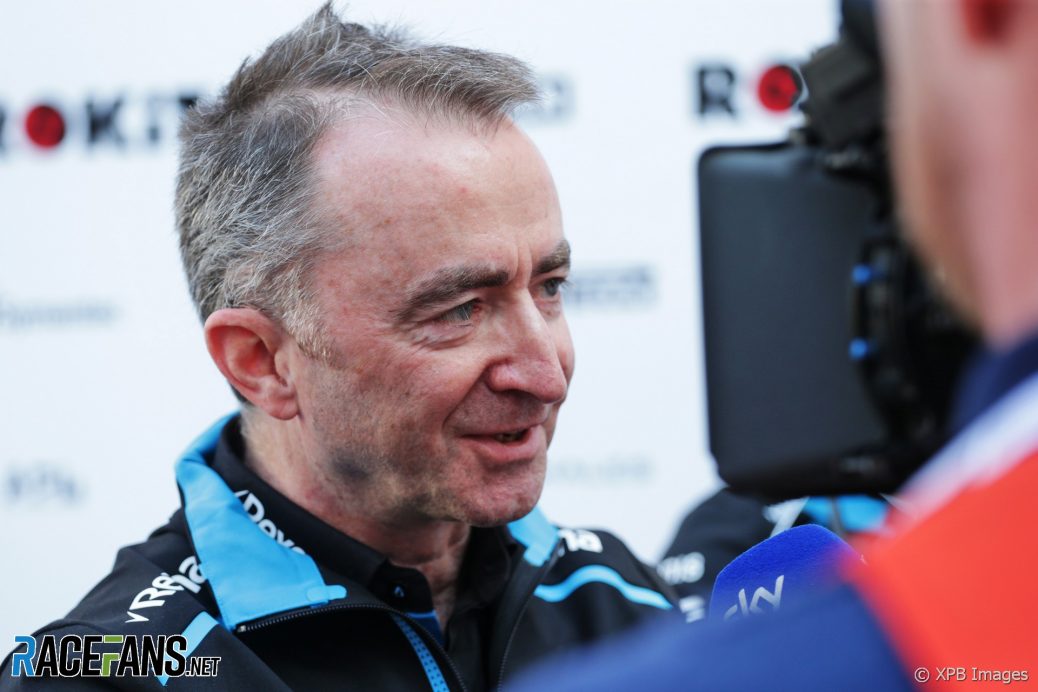 Williams confirm Lowe will not return to team | 2019 F1 season

Former Williams chief technical officer Paddy Lowe, who took a leave of absence from the struggling outfit three months ago, will not return to the team.
The team announced on Tuesday Lowe “will be leaving Williams and will step down from the board of directors with immediate effect”.
“After a period of careful reflection I have reached the decision that I will not return to work at Williams,” said Lowe.
Lowe joined Williams from Mercedes in 2017.
Williams deputy team principal Claire Williams said the team “understand and respect the decision Paddy has reached and wish him well for the future.”