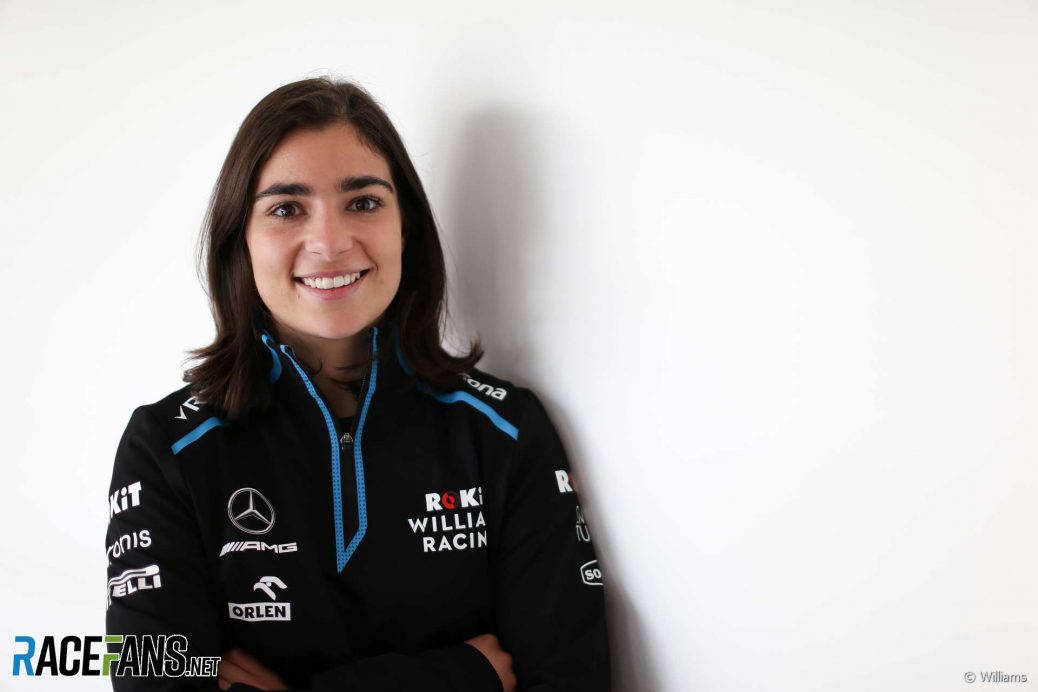 Williams has appointed MRF Challenge champion Jamie Chadwick to its Racing Driver Academy programme.
Chadwick moved over into single-seaters in 2017 in the BRDC F3 last year.
Williams team principal Claire Williams visited the opening round of the W Series in Hockenheim earlier this month, which Chadwick won.
Chadwick will attend three F1 races with the team, beginning at the British Grand Prix, and conduct development work in the team’s simulator.
“It is a great honour to be joining the Williams Racing Driver Academy,” said Jamie Chadwick.