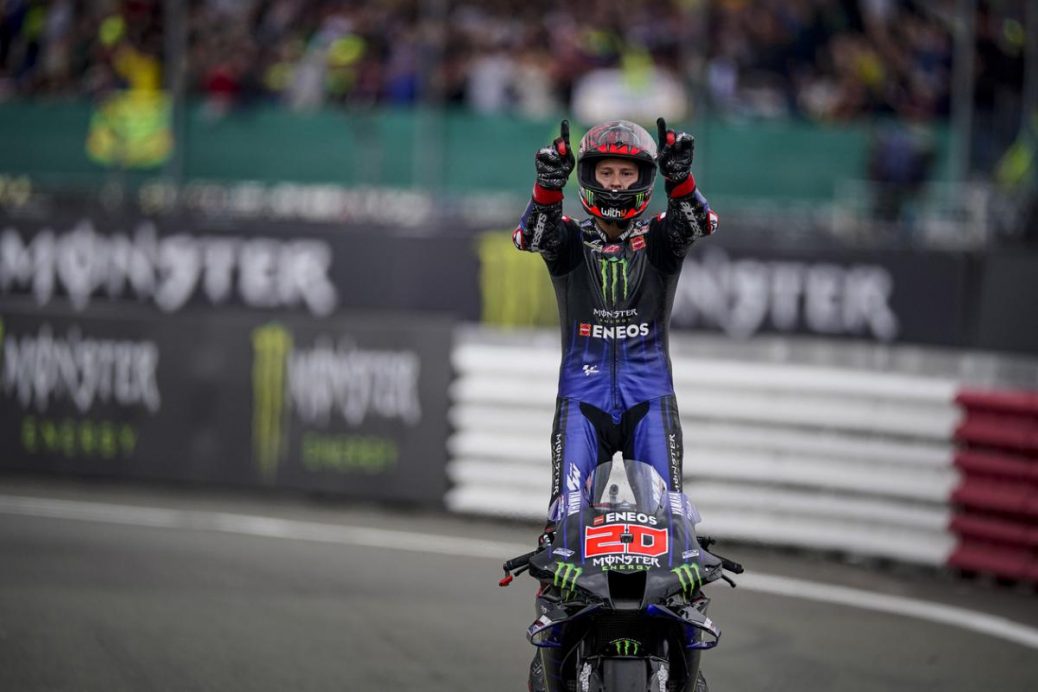 Will Quartararo join an exclusive 16-rider club in 2021?

Fabio Quartararo (Monster Energy Yamaha MotoGP) has his first World Championship match point at the upcoming Gran Premio Nolan del Made in Italy e dell’Emilia-Romagna, and if the Frenchman can claim the crown, he’ll be joining an exclusive 16-rider club. However, a title in Moto3™ and Moto2™ never came to fruition before Quartararo moved to MotoGP™ in 2019 with Petronas Yamaha SRT. And now, in 2021, the 22-year-old is close to claiming the MotoGP™ title. The last three riders to win a MotoGP™ World Championship – Joan Mir (Team Suzuki Ecstar), Marc Marquez (Repsol Honda Team) and Jorge Lorenzo – have all won at least one title while climbing the ladder to the pinnacle. However, as we know, there’s no set way to become a MotoGP™ World Champion. So, will Quartararo add his name to that list of World Champions?