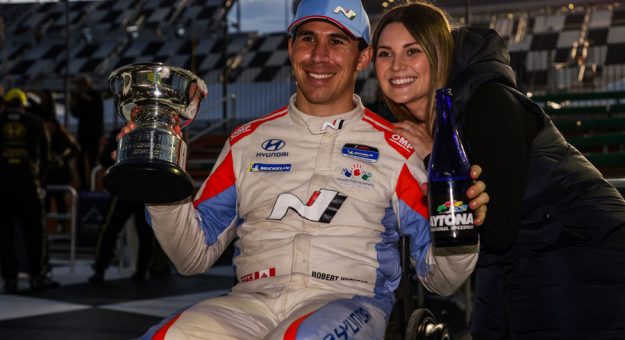 Three years after a frightening NTT IndyCar Series crash at Pennsylvania’s Pocono Raceway, Robert Wickens returned to racing. Wickens began his career in Europe, racking up victories in many different series. Wickens continued to branch out with drives in DTM, Formula 2 and an “off the record” Formula 1 test. Now, it’s on the back of the steering wheel where the clutch would be in a Formula 1 or Indy car. “So when the able-bodied driver gets in on a driver change, nothing is different for them,” Wickens continued. Still, Wickens finished on the podium in his first race at Daytona in February. It’s always learning, always growing that’s the great thing about racing,” the former Indy car race-winning driver said.