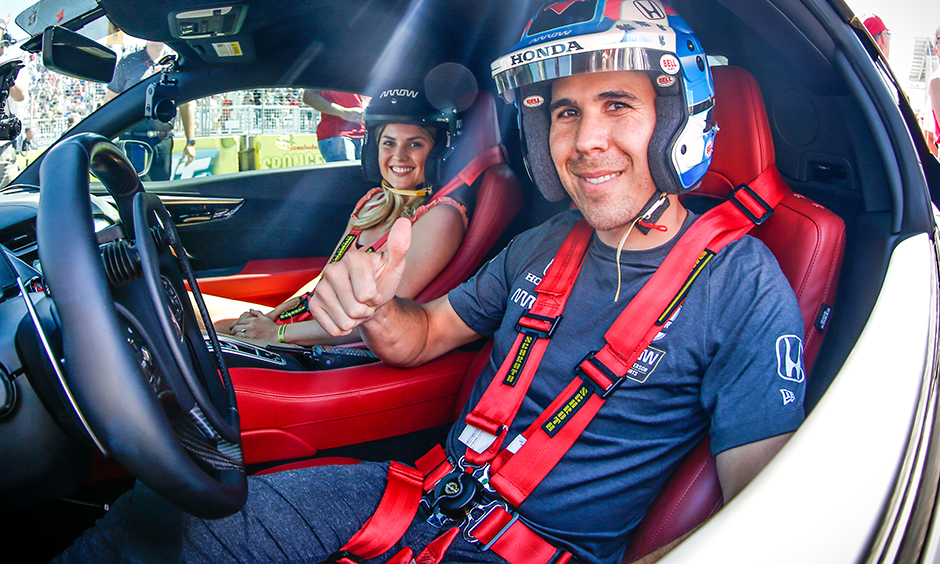 With standing and jubilant hometown fans cheered him on, Wickens stopped at pit exit at the end of the first lap and gave a special command to the field — “Future drivers of mine, start your engines” — before heading off for another lap, going “as fast as Karli’s stomach would allow.”
Once he was able to start rehabilitation, Wickens documented every small step forward — and even little one backward — on his road to recovery that led to the laps in Toronto.
Simon Pagenaud, who won the pole for this event, joined the crowd in lending his support to Wickens, insisting that the parade laps are only a taste of what’s to come.