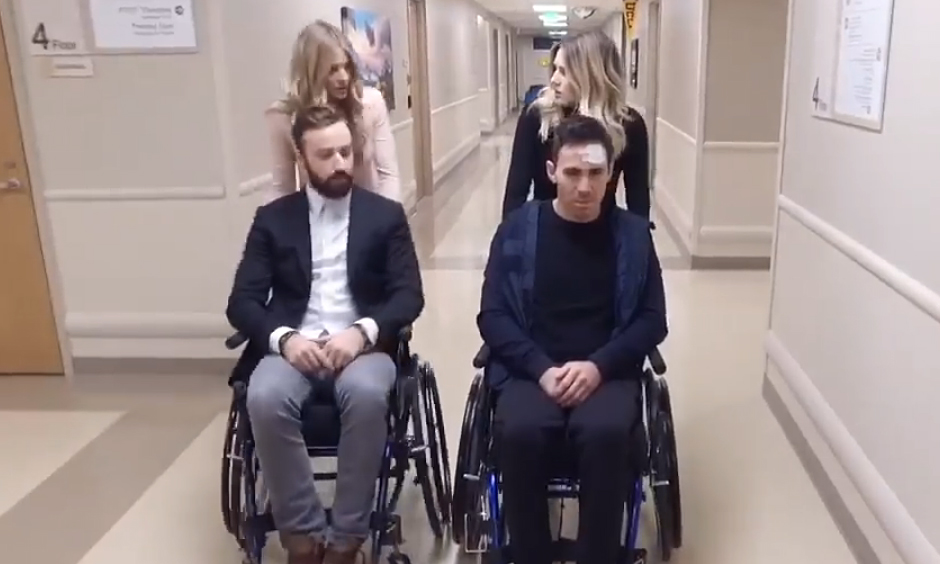 Though our race stewards couldn’t come to an agreement, one thing is clear: Robert Wickens and James Hinchcliffe are an absolute treat.
The Schmidt Peterson Motorsport teammates put together a reenactment of a “Days of Thunder” scene in a way only they could.
It starts when Hinchcliffe’s wheelchair collides with Wickens’.
Soon, the two break out in a full-speed race.
There’s more contact and wheel-to-wheel racing and things get pretty intense.
They close the video with a fist bump.
So, we’re sure Hinchcliffe will remain at the side of his Canadian teammate as he recovers.