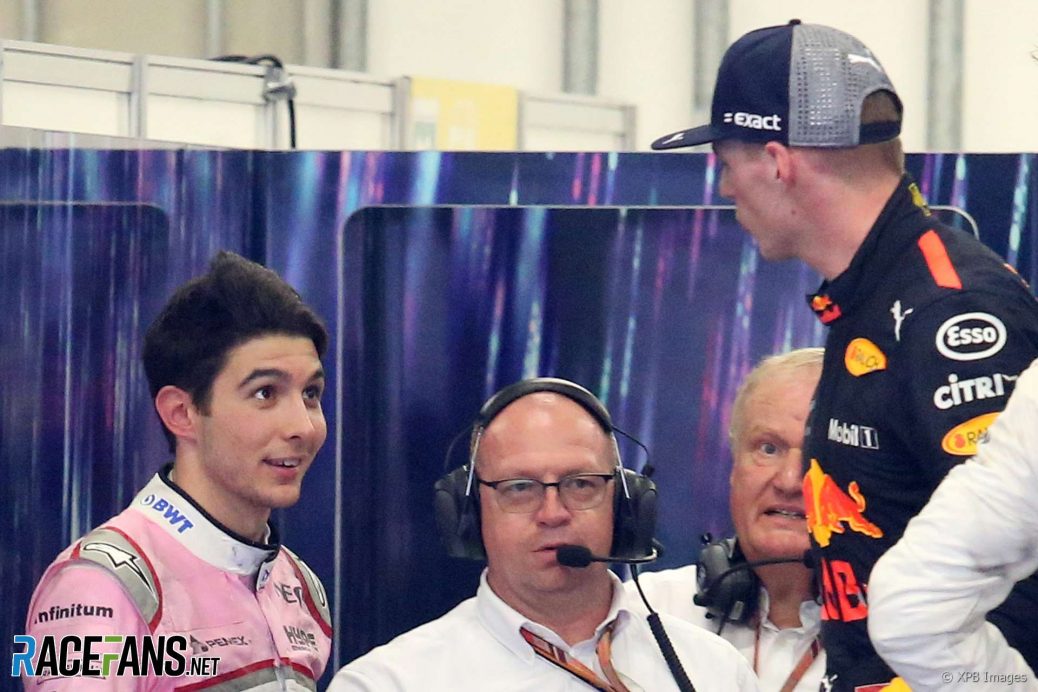 Why Verstappen should have been banned for shoving Ocon | Comment

Footage of the incident shows Ocon replying to an unheard comment from Verstappen, who then began to push the Force India driver while he was still talking.
However angered Verstappen was by the Ocon collision, the FIA should have sent the message that responding with violence is always worse than a sporting misjudgement committed in good faith.
Ocon received a 10-second stop-and-go penalty for clunking into the Red Bull; the FIA should have responded to Verstappen’s behaviour afterwards by throwing him out of the race.
The FIA should have done the same to Verstappen, and taught him a lesson he should have learned at home.