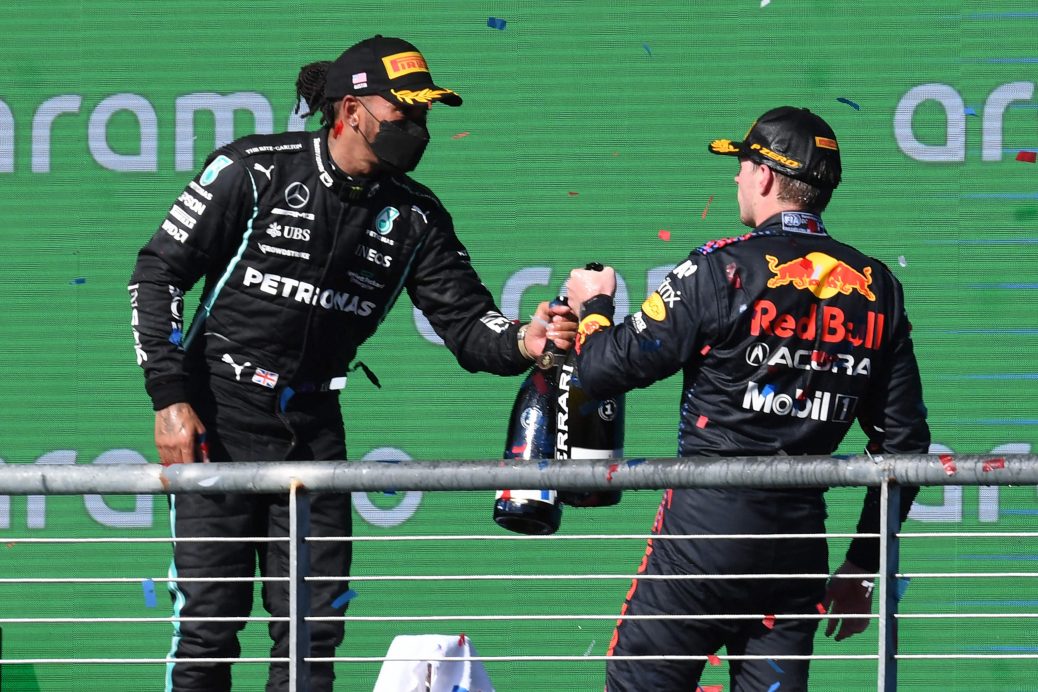 ‘Why is he giving the game away?’ – Ex-F1 star Damon Hill ‘surprised’ by Lewis Hamilton’s radio complaint during US GP

FORMULA ONE icon Damon Hill has spoke of his surprise at Lewis Hamilton ‘giving the game away’ on the team radio during the United States Grand Prix. Hamilton, 36, was leading the GP until lap 37 when Mercedes decided to pit him, resulting in Verstappen retaking first place. “I was surprised that Lewis was on the radio saying, ‘I can’t keep up the pace’, as he does sometimes. He added: “The first lap of that [race] was right up there with all the top first laps we’ve ever seen. “But the nail-biter was whether or not Lewis would get within the one second and get his DRS open. “He obviously couldn’t get close enough because he didn’t open his DRS.