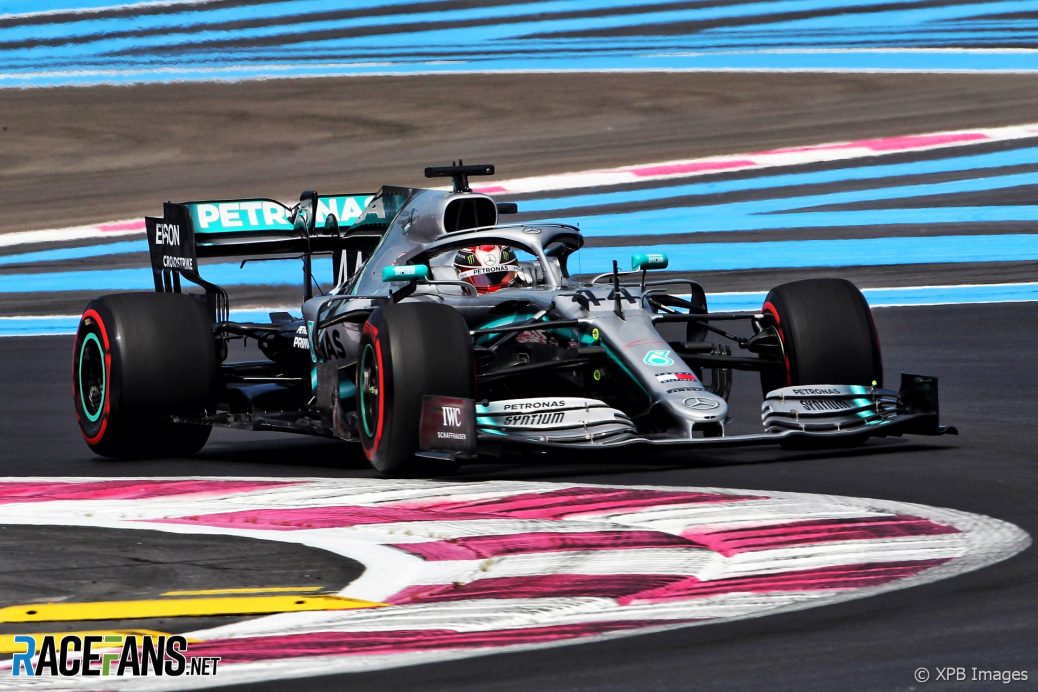 Hot weather plus new asphalt laid at Paul Ricard just two weeks ago created challenging track conditions for drivers on the first day of practice for the French Grand Prix.
The soft (C4) compound struggled especially on track temperatures which nudged towards 60C, the highest seen so far this season, and over the recently-laid sections of asphalt.
they: “But then – I’m not one hundred percent sure – it probably happened after the Blancpain this year that was three weeks ago, they put some other patches of Tarmac mainly in the centre of the corner.”
Lewis Hamilton: “So there’ll be lots of lift-and-coasting.”