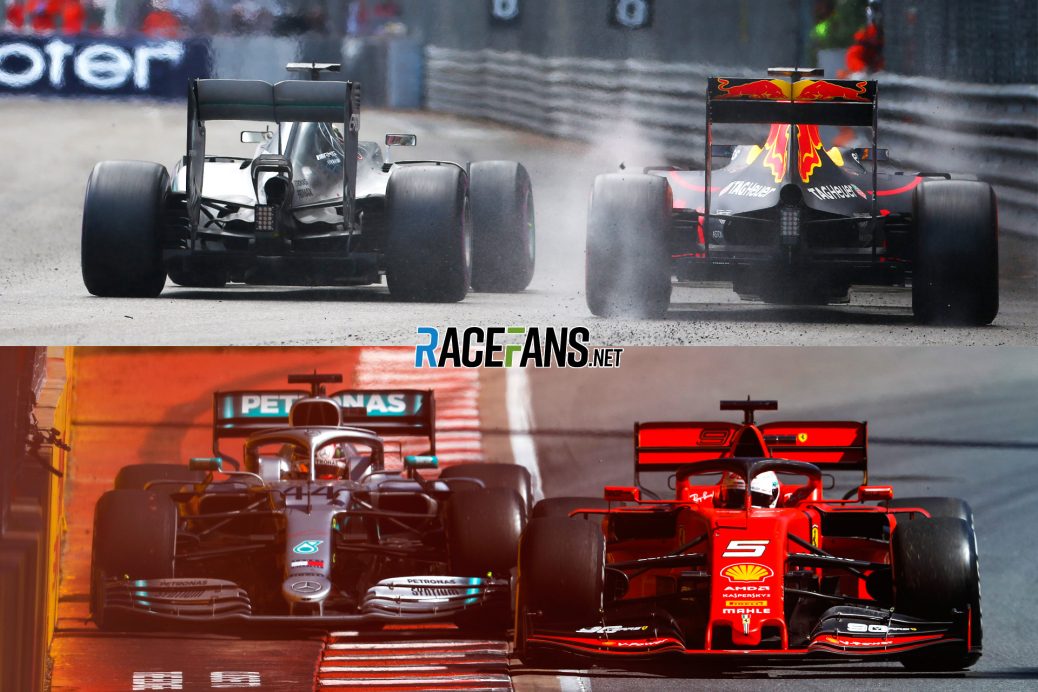 Fia noted Hamilton “appeared to not leave enough room whilst defending a position in turn 11” but ruled that he “left at least one car width between his own car and the edge of the track.”
In other words, in the eyes of the stewards, Hamilton rejoining the track and Hamilton defending his position from Ricciardo were two separate incidents; Hamilton leaving the track at turn 10 isn’t even mentioned in their ruling.
A clearer comparison between Vettel’s penalty last weekend and a more recent precedent can be found in last year’s Japanese Grand Prix.