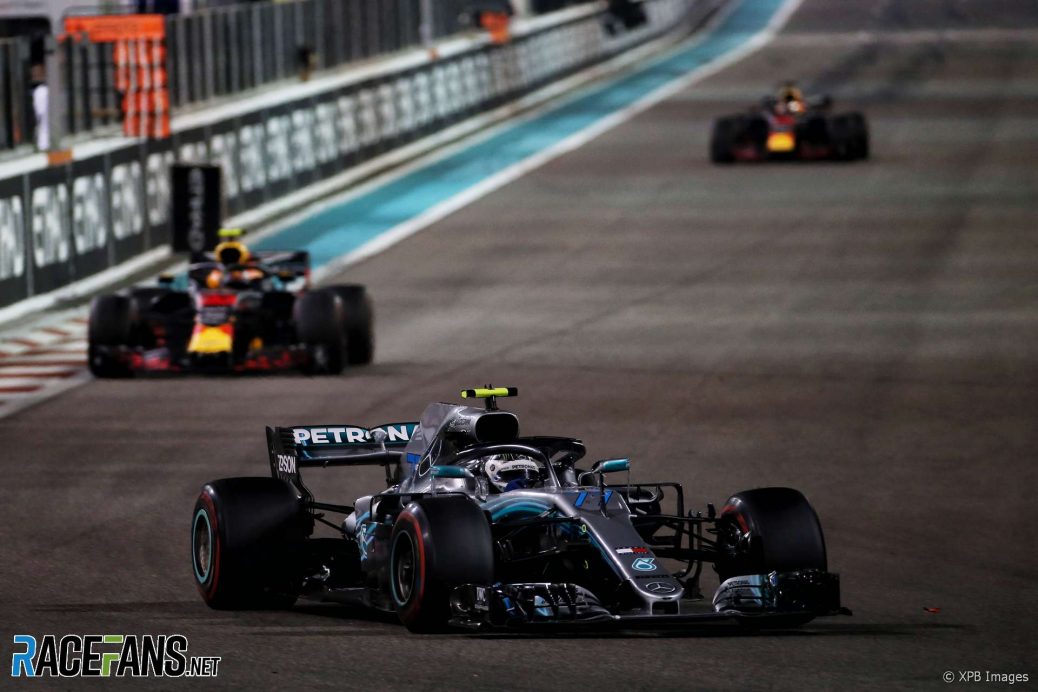 Valtteri Bottas was not penalised for cutting the chicane while being pursued by Max Verstappen because he was given a ‘joker’, according to FIA race director Charlie Whiting.
Whiting explained Bottas had been given a one-off warning in the same way Verstappen had for a similar incident in the Italian Grand Prix.
“As you know in Monza we had a couple of occasions, Max was one of them, he cut across the chicane and stayed in front at the first chicane and we gave him a warning,” said Whiting.