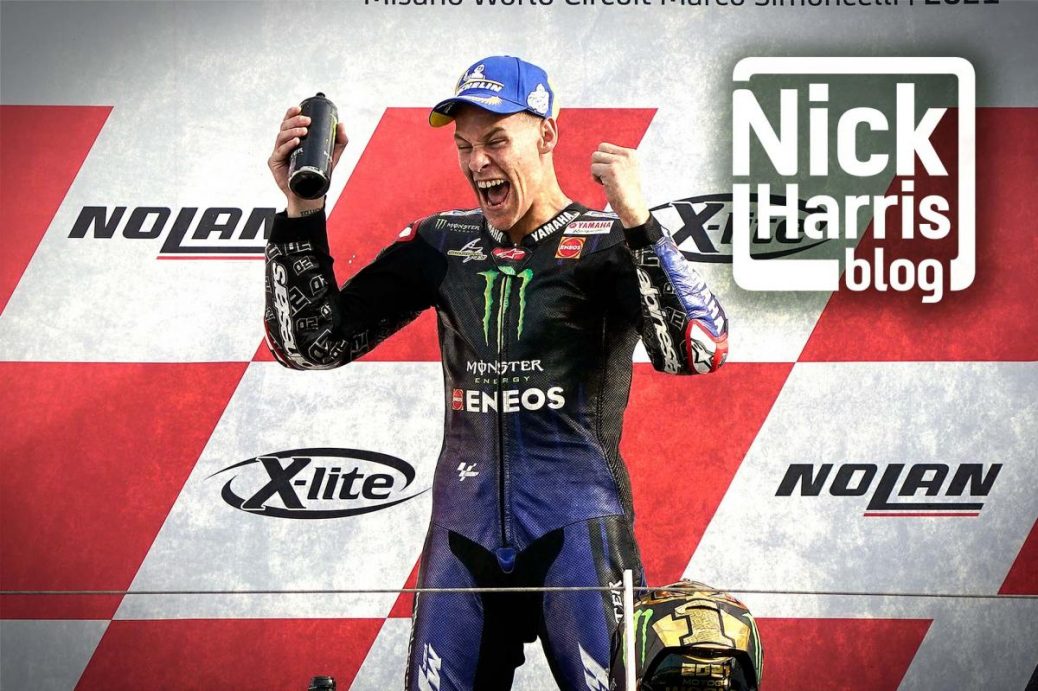 Who will Fabio follow? – Ago, Barry or Kenny JR?

So which World Champion is Fabio Quartararo going to emulate in the final two races of the season with that world crown firmly planted on his head? Others such as Kenny Roberts Junior set out to show the world just why they were a worthy Champion. Ago’s decision not to race at certain circuits once he’d won the 500cc World title was both down to safety and finance. I had just interviewed new World 500cc Champion Eddie Lawson live on the radio and commentated on the race. Fabio, I am certain will follow the example of Kenny Roberts to celebrate that MotoGP™ world title.