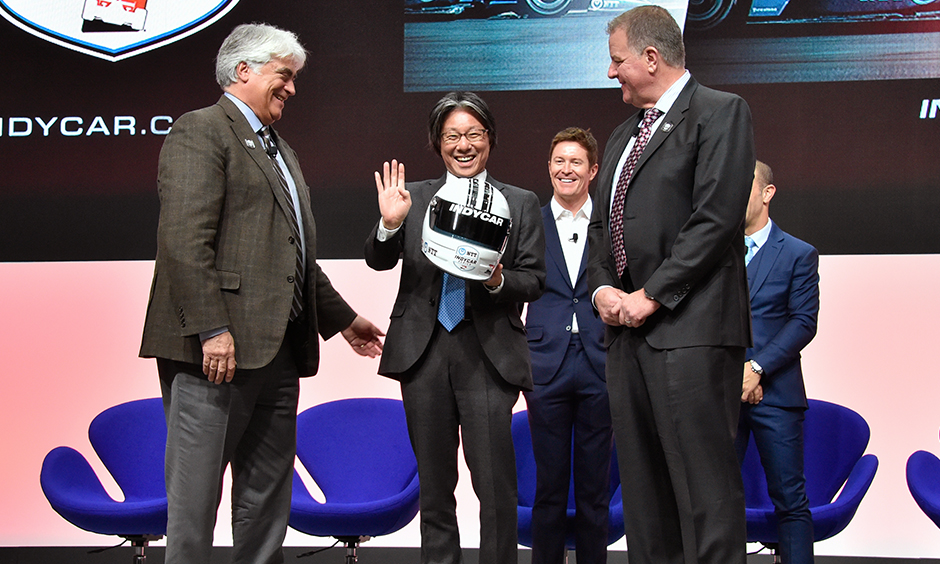 They’ve become great friends and they do a great job,” Frye said after Tuesday’s NTT IndyCar Series announcement at the North American International Auto Show — nearly three months to the day from the Sonoma meeting.
The global communications company will also be the official technology partner of INDYCAR, the NTT IndyCar Series, Indianapolis Motor Speedway, the Indianapolis 500 and NASCAR’s Brickyard 400.
“We were told by our friends at NTT DATA with us that maybe it was a 50-50 chance or maybe a little better,” Mark Miles said.
The newly named NTT IndyCar Series season kicks off with the Firestone Grand Prix of St. Petersburg on March 10.