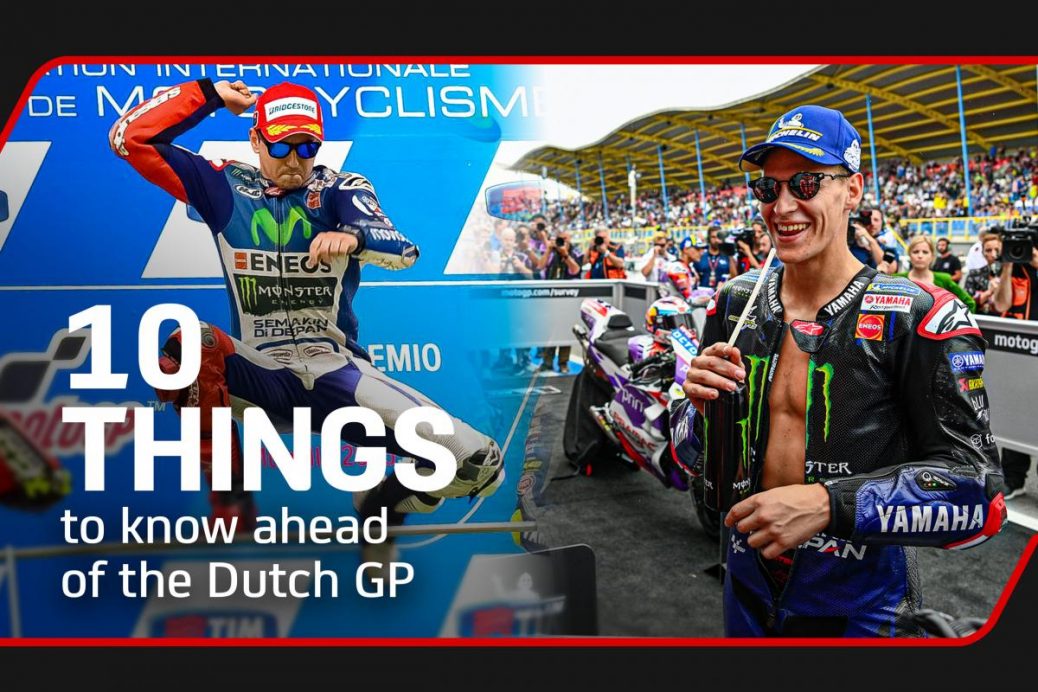 Which Jorge Lorenzo feat could Quartararo match at Assen?

It’s shaping up as a battle of two of the modern-day heroes of MotoGP™ when racing gets underway on Sunday afternoon at the Cathedral of Speed. Francesco Bagnaia (Ducati Lenovo Team) is eyeing a win which can help get him back in the fight for the World Championship title, while factory Yamaha man Fabio Quartararo (Monster Energy Yamaha MotoGP™) has a feat of one of his legendary predecessors in his sights. Francesco Bagnaia set a new All Time Lap Record at Assen to qualify on pole position for the 10th time in MotoGP™ and the fourth time this season, after doing so in Spain, France, and Germany. He will be aiming to give Ducati their second win in Assen, after Stoner got the first in 2008. Since 2011, the winner of the MotoGP™ race at the Dutch GP has alternatively been a Yamaha or a Honda rider: odd years for Yamaha, even years for Honda. He will be aiming to win for the second time in MotoGP™, after a victory in Styria last year. His best MotoGP™ result in Assen is fourth in 2014 (from his maiden pole position in the class).