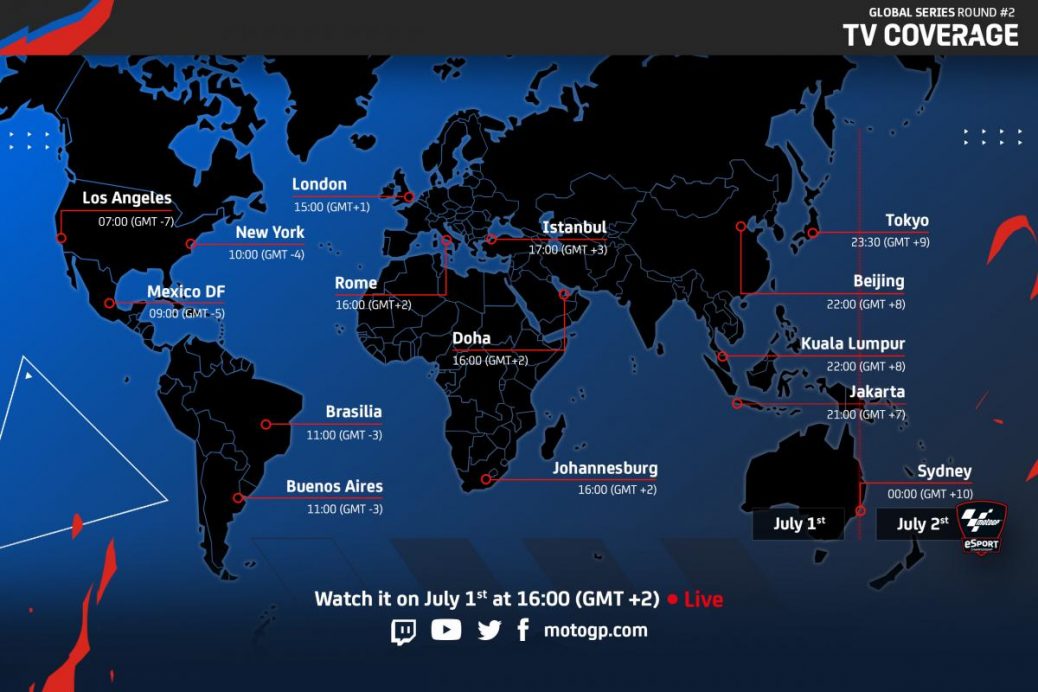 Where to watch Round 2 of the MotoGP™ eSport Global Series

The MotoGP™ eSport Global Series exploded into life at end of May as the first round of 2022 delivered plenty of thrills, spills and intrigue. After having a month to reflect on those two races, round two is upon us, with two more all-important races taking place on Friday 1st July at 16.00 (GMT +2). Twelve finalists have been chosen by the MotoGP™ teams as their competitors in the Global Series, expanded to five rounds and ten races for 2022. After the year opened with an on-site event at the ItalianGP, the next three rounds of the Global Series rounds will be Virtual Rounds. The first two races of this campaign showed how this year’s contest is wide open.