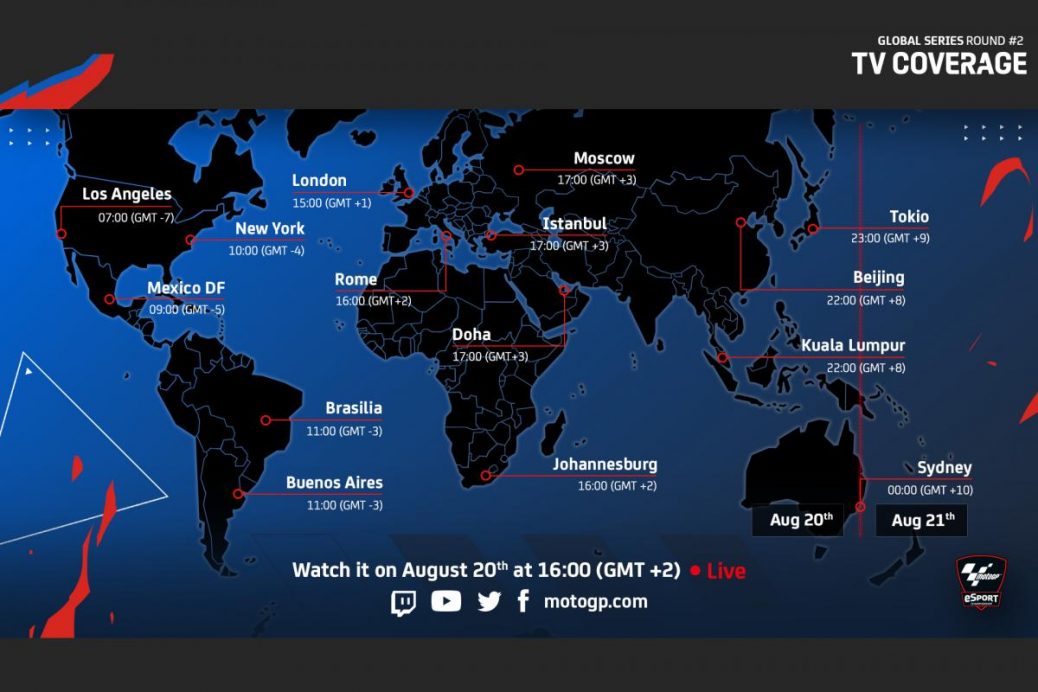 Where to catch Round 2 of the MotoGP™ eSport Global Series!

After an new, expanded Pro Draft set and unpredictable Draft Selection, the MotoGP™ eSport Championship Global Series resumes tomorrow for the second round of 2021.The slickly produced format of the dramatic Global Series showdowns – aired by more than 16 broadcasters across the globe –resulted in MotoGP™’s version of eSport being nominated for the prestigious Sports Technology Awards, in the ‘Use of Esports by a Sports Brand’ category. A total of 25 gamers (16 from Europe, 6 from the Rest of the World and the winners from the 3 Regional Finals in last year’s Rising Stars series) were entered into the Draft Selection phase, with that then whittled down to the 11 riders who have been chosen by the MotoGP™ teams as their competitors in the Global Series. The points system for Round 1 will mirror the MotoGP™ World Championship, with 25 points for a win. Find out on Friday the 20th August at 16:00 (GMT +2) as the 2021 MotoGP™ eSport Championship Global Series gets in gear!.