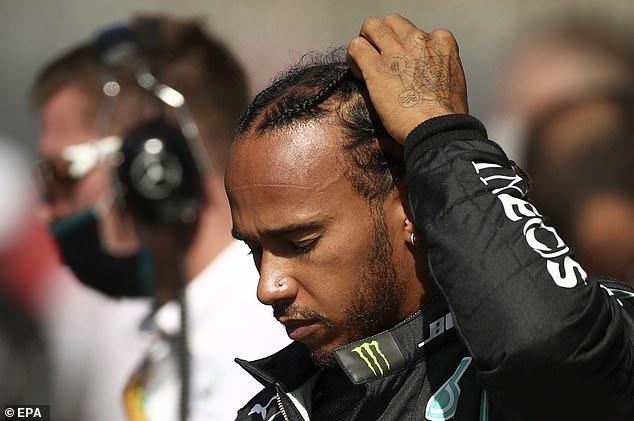 ‘Where is that in the rule book?’: Lewis Hamilton fumes after missing out on record-equalling 91st Grand Prix win in Russia because of two five-second penalties for practising a start outside the pit-lane

Lewis Hamilton’s hopes of matching Michael Schumacher’s race victory record were put on hold as he finished third at the Russian Grand Prix following a ten-second penalty. Hamilton did two practice starts further down the pit exit than he was allowed to do so, and as a result he lost the lead and will have to wait for his 91st career victory. It meant Hamilton who was in the lead was punished with two five-second penalties. It means that should Hamilton get two more penalty points by the Turkish Grand Prix, then the 35-year-old might even face a race-ban,. Hamilton received two penalty points at both the 2019 Brazilian and 2020 Austrian Grand Prix for collisions with Red Bull’s Alex Albon. He also received two points for a yellow-flag violation in qualifying at this year’s Austrian Grand Prix.