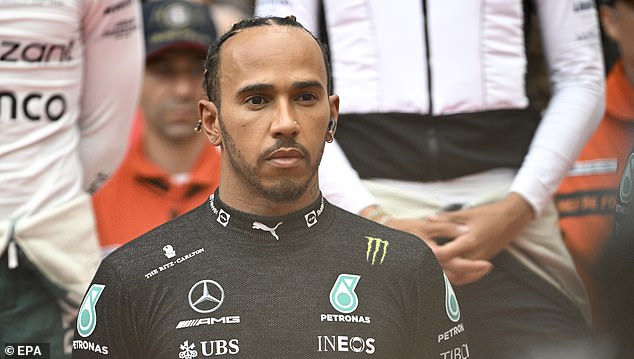 ‘When you’ve had a few bad races, it hurts mentally’: Jenson Button questions Lewis Hamilton’s race-winning mindset and claims the seven-time world champion ‘thinks his career is over’ amid Mercedes struggles

Jenson Button has doubted Lewis Hamilton’s mentality after his limp start to the season, questioning whether the seven-time world champion ‘thinks his career is over’. ‘I think the big shift for Lewis is he’s driving a car that isn’t competitive in his world,’ he said on Virgin Radio’s The Chris Evans Show. ‘Lewis, as we all know, is one of the best in the world, if not the best in the world at driving a Formula 1 car. That’s the thing: maybe he thinks his career is over and he wants to go and do something else. ‘But Lewis, if he has a car that’s good enough to win, he will win races.