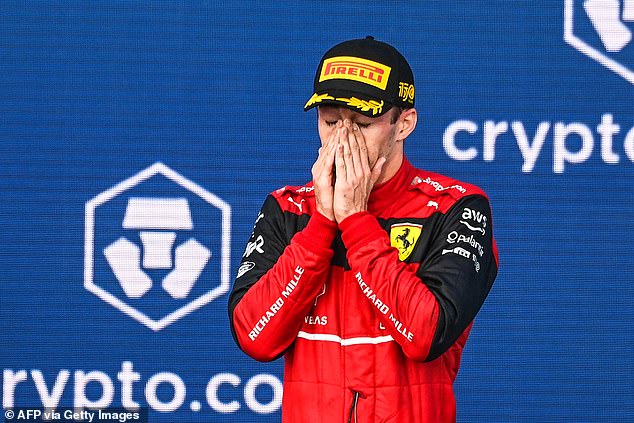 ‘When you thought you already had all the bad luck of the world’: Devastated F1 star Charles Leclerc bemoans his misfortune after CRASHING Niki Lauda’s iconic 1974 Ferrari during a demo run at Monaco… after his brakes failed towards the end of his lap

Charles Leclerc’s misfortune on his home track continued on Sunday as he crashed three-time Formula One champion Niki Lauda’s 1974 Ferrari during a demonstration lap at the Monaco Historic Grand Prix. Leclerc resides in Monaco, but he did not even start last year’s Grand Prix after his car suffered a gearbox problem shortly before the race was due to get underway. The 24-year-old is not the first person to crash the 1974 Ferrari in Monaco as former F1 driver Jean Alesi suffered the same fate at last year’s event. Leclerc is due to return to competitive action at the Spanish Grand Prix, with the race taking place on May 22.