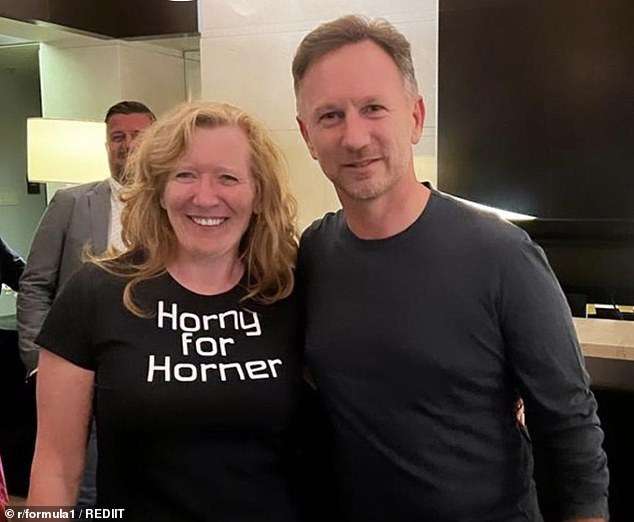 Christian Horner has won a lot of fans by guiding Red Bull to a total of nine world titles – and one of them showed her affection for the F1 supremo with an extremely suggestive T-shirt at the Canadian Grand Prix. The woman was pictured posing for a photo with Horner while wearing a top that said ‘Horny for Horner’ as the team principal smiled beside her. Horner – who is well known for passionately stating his team’s case and for his intense rivalry with his opposite number at Mercedes, Toto Wolff – has inspired a wide range of clothing bearing his image.