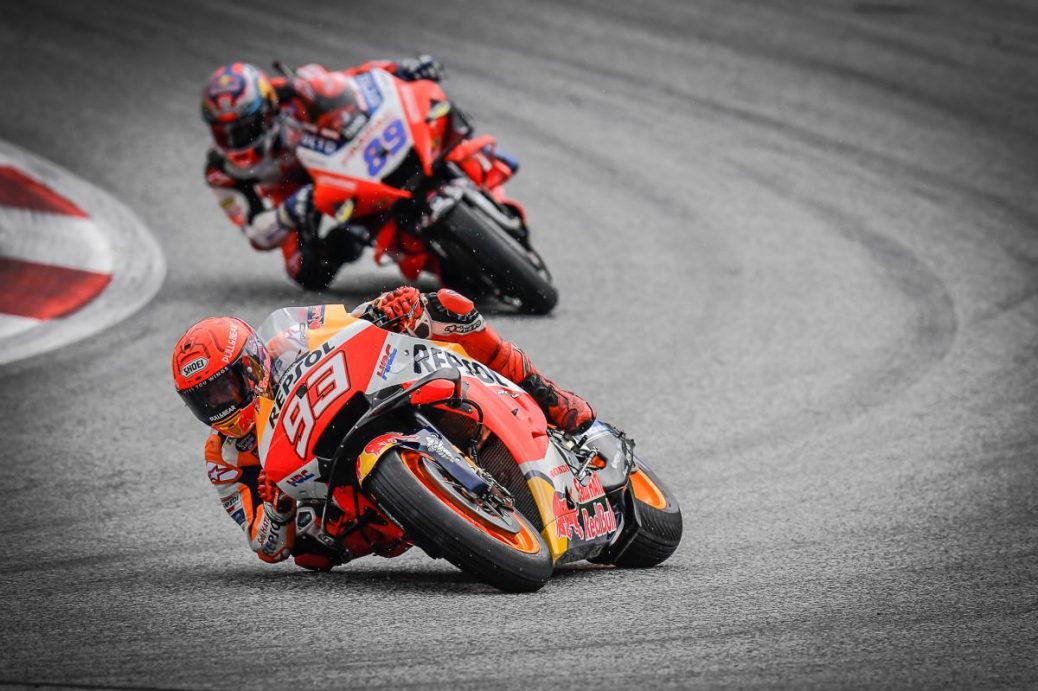 What stopped Marc Marquez from winning in Austria?

Marc Marquez (Repsol Honda Team) experienced his most encouraging weekend yet at the Bitci Austrian Grand Prix. Four laps were left and Marquez, who was leading the race, dived in for wets before then crashing out shortly after. “This year I cannot save these kind of crashes,” started the 93. “As soon as I push with the front, I cannot push with the elbow and I cannot save it. This is something already in the past I used that set-up and already the feeling was the same: stable, smooth but then when you lose the front, I cannot save the crash. Speaking after his crash on Saturday, Marquez compared it to his Turn 3 crash during Q2 of the Styrian Grand Prix: “Today basically it was a bit similar to the qualy last week. Then I pushed too much the front tyre and I lose the front.