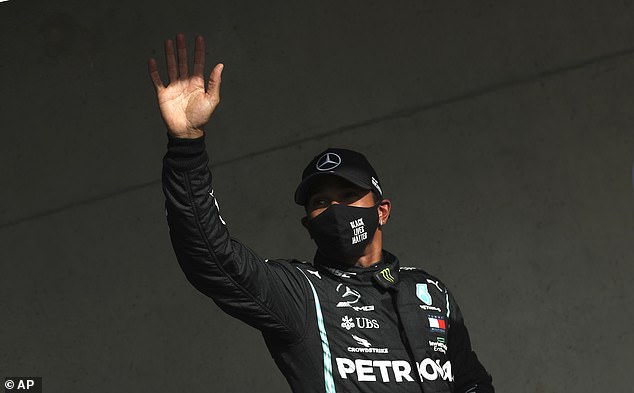 What a drain! If ropey track at Portuguese Grand Prix allows him, Lewis Hamilton can eclipse Michael Schumacher with record-breaking 92nd race victory

Lewis Hamilton will hope his shot at a record 92nd victory on Sunday does not go down the drain at the ragged Portimao track. Lewis Hamilton is chasing a record 92nd victory at the Portuguese Grand Prix on Sunday. But some things remain the same, and Hamilton’s fine form is one of them. After his 97th pole — an extension of a record he already holds — Hamilton said of the Algarve circuit: ‘It’s hardcore. It is one of the most challenging circuits I’ve been to. We’ve had times through practice where the front tyres were working but the rears weren’t, then we’ve had times when none of the tyres was working. Hamilton, 35, cut a relaxed presence at the end of his day’s work. Mercedes team mate Valtteri Bottas did have the fastest time until he was toppled by Hamilton.