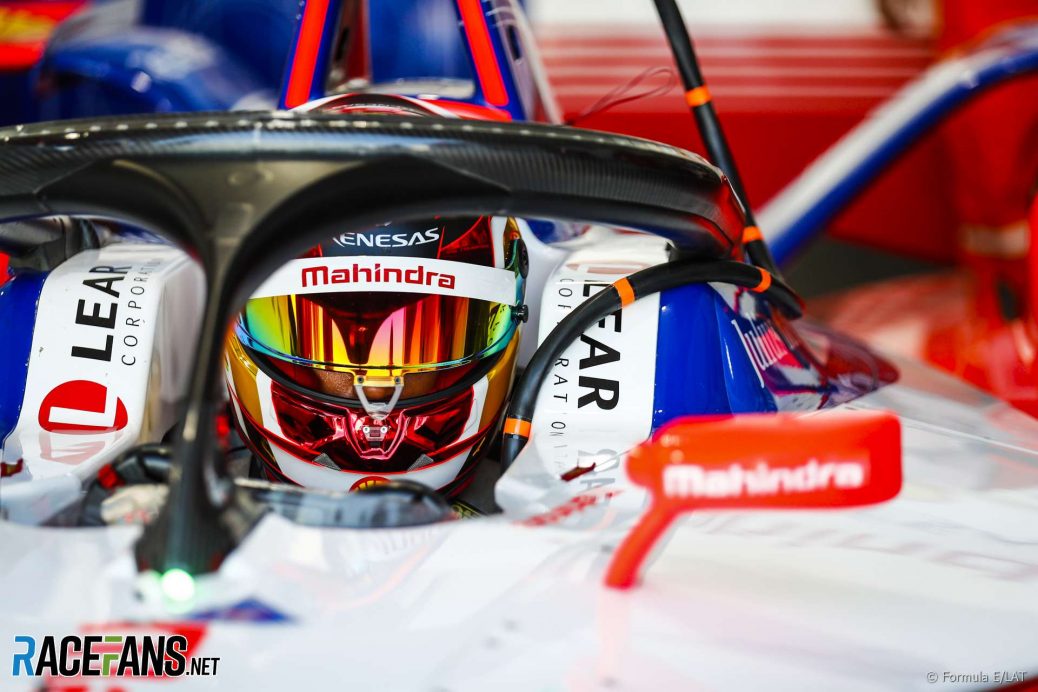 Pascal Wehrlein took his first Formula E pole position at only his third attempt, heading qualifying for the Mexico EPrix.
Alexander Sims initially followed his teammate into Super Pole, just four thousandths of a second back from Da Costa’s time but Wehrlein put in a phenomenal lap to see him more than a tenth clear of Da Costa and comfortably on top of the times.
Wehrlein, however, continued to show his speed with a 59.347 – a time beating those in group qualifying by two tenths, extremely unusual for the tight Super Pole session.