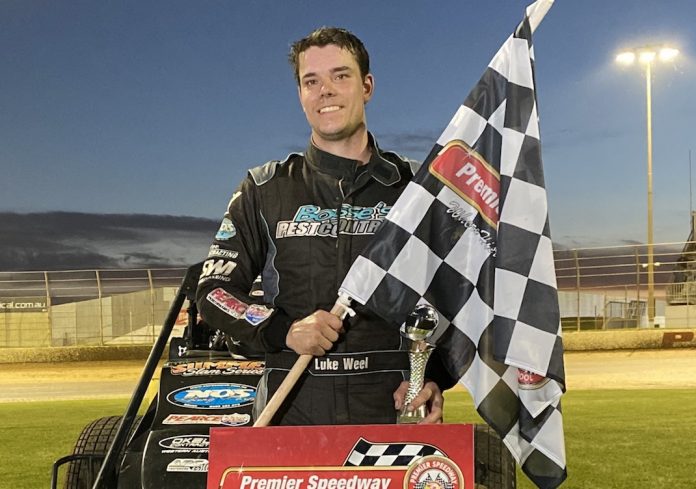 Weel Is Wingless Warrior In Warrnambool

WARRNAMBOOL, Australia — Luke Weel held off all comers to capture Sunday’s Wingless Sprint Summer Slam Series A-Main at Premier Speedway. Weel claimed the 25-lap main event ahead of Travis Millar, while Harry Ross, Mitchell Broome and Alex Ross completed the top five. Travis Mills was the dominant force in the Speedcars as he claimed the feature race win after the small but exciting field was inverted completely for the A-Main with Mills starting from the tail. The Formula 500’s saw Josh Buckingham claim the six-lap record with a new race time of 1:17.264 as he set himself up to claim the 20 lap A-main a little later in the night.