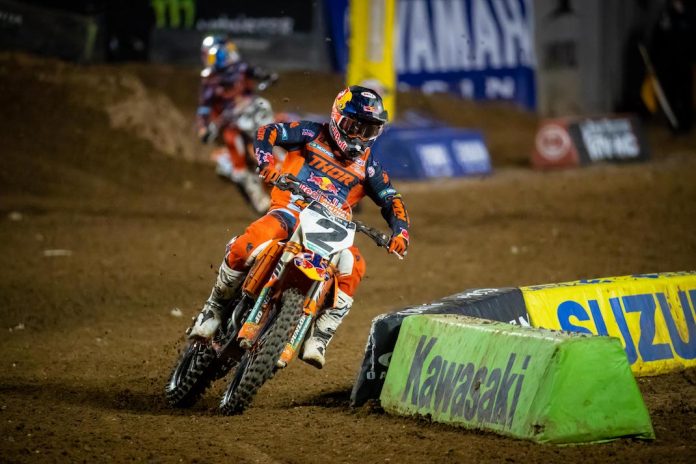 Webb Does It Again In Orlando

ORLANDO, Fla. — Round eight of the Monster Energy AMA Supercross, an FIM World Championship thrilled with the second of two rounds inside Camping World Stadium with Red Bull KTM’s Cooper Webb taking the 450SX class victory to the cheers of the in-person pod-style-seated fans. Webb’s charge from eighth at the holeshot stripe to leading the race in less than nine minutes demonstrated the speed and aggression of which he’s capable. He made a brilliant early charge and got up to the rear tire of defending champion Monster Energy Kawasaki’s Eli Tomac just four minutes into the 20-minute plus one lap race.