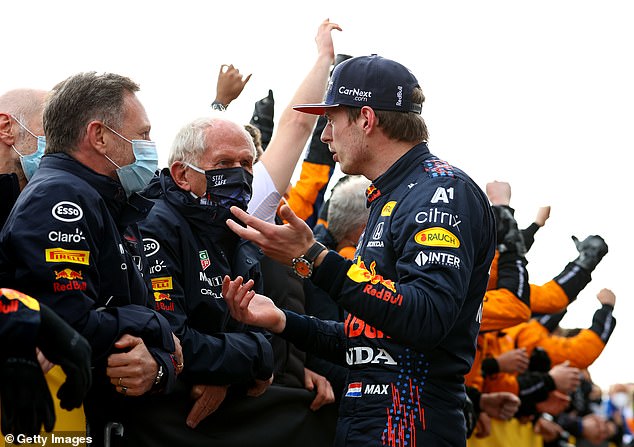 ‘We won’t stoop to that level’: Red Bull chief Helmut Marko hits out at Lewis Hamilton for causing the Silverstone crash which ended his F1 title rival Max Verstappen’s race

Red Bull chief Helmut Marko has hit out at Lewis Hamilton for causing the controversial British Grand Prix crash which ended Max Verstappen’s race. Sir Lewis and Verstappen are title rivals in the tightest race for the Formula One Drivers’ Championship in years, and Hamilton narrowed Verstappen’s lead to just eight points after winning the race with the Dutchman crashed out. Does it take more than to drive the front wheel into the opponent’s rear wheel (to get a race suspension)? Hamilton received a ten-second penalty for the incident, but that did not prove a barrier to him winning the race, with his main rival out of action.