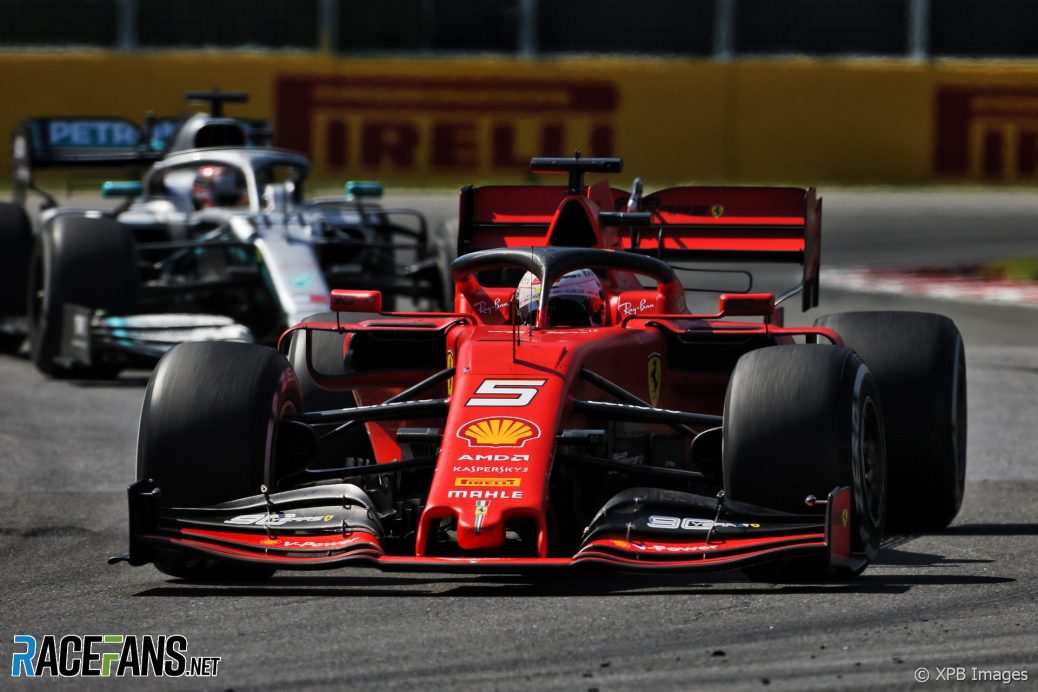 Ferrari team principal Mattia Binotto said Sebastian Vettel was the “moral winner” of the Canadian Grand Prix after a penalty relegated him to second.
“We won today,” Mattia Binotto told Sky.
Mattia Binotto: “I think honestly as I said we have been the fastest on track today and that’s important.”
Binotto denied Vettel had been trying to prevent Hamilton from getting ahead by moving across from the left-hand side of the track to the racing line on the right-hand side as he rejoined.
Mattia Binotto: “We know there are weaknesses to address but the season is not over.”